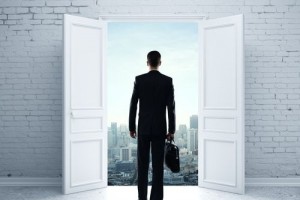 Steve Lefkowitz, president and COO of CI Capital Partners, is leaving the firm, according to a letter to LPs obtained by peHUB.

Lefkowitz is “setting up his own enterprise,” wrote Frederick Iseman, CI’s chairman and CEO, in the May 9 letter. Lefkowitz, who is no longer listed on the CI website, is departing the firm “on very good terms,” a source said. He remains very involved with CI, the person said. Lefkowitz will continue to sit on five portfolio company boards, the letter said.

“Steve has been my right hand for 21 years, helping build CI Capital into an institutional firm of 25 talented professionals,” Iseman wrote. “I will always be grateful for his contributions. We both know that Steve is ready to run his own show.”

New York-based Caxton-Iseman Capital spun off from Caxton Associates in late 2007. The firm then changed its name to CI Capital Partners. CI targets middle market companies in industries such as business services, distribution, healthcare services, government services and defense. It typically invests $25 million to $100 million of equity per deal, according to the CI website.

News of Lefkowitz’s departure comes as CI Capital is expected to fundraise for its third pool this year. It was unclear if the firm has begun marketing. CI closed its first institutional fund in 2011, Buyouts reported. CI Capital Investors II LP collected $620 million in commitments, which exceeded the fund’s $500 million target.

Iseman said in the letter that Fund II was “performing well” and noted the successful sale of American Residential Services last month. Charlesbank Capital Partners is buying the company, according to a press release.