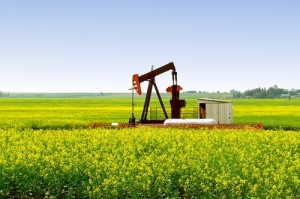 Calgary’s Legacy Oil + Gas Inc. has acquired light oil assets from a senior producer along with Villanova Oil Corp., a Regina, Saskatchewan-based exploration and development company, for a combined C$108.6 million in cash and 13.9 million Legacy common shares. The deals are expected to close in the second quarter. Villanova was backed by Canadian private equity firms, including PFM Capital and Westcap Management. Legacy has also received private equity investments in past, along with US$200 million in unsecured debt from CPPIB Credit Investments in 2012.

Legacy Oil + Gas Inc. (“Legacy” or the “Company”) (TSX:LEG) is pleased to announce the acquisition of light oil assets within the Company’s core areas (the “Asset Acquisition”) from a senior producer and the acquisition of Villanova Oil Corp. (“Villanova”), a Saskatchewan based private oil company, (together, the “Acquisitions”), an increase to Legacy’s production guidance for 2013 and initiation of a crude oil hedging program.

SUMMARY OF THE ACQUISITIONS

The Acquisitions have the following combined characteristics:

1.Reserves are Gross Company Reserves evaluated by GLJ Petroleum Consultants Ltd. (“GLJ”) as at December 31, 2012 for Villanova and the prorated share of Legacy’s reserves as evaluated by Sproule Associates Ltd. (“Sproule”) as at December 31, 2012 for the Asset Acquisition. Gross Company Reserves are the Company’s working interest reserves before the deduction of royalties, and without including any of the Company’s royalty interests.
2.Based on estimated spot prices as at April 1, 2013 and calculated by subtracting royalties and operating costs from revenues.

The Acquisitions are 5 percent accretive to Legacy on an annualized cash flow per share basis. Net of undeveloped land and seismic at an estimated value of $8.1 million and based on Legacy’s five day VWAP ending April 1, 2013, the combined transaction metrics for the long reserve life, high netback acquired production are as follows:

1.Reserves as disclosed above.
2.Utilizing Netback shown above.

Legacy and Villanova have entered into an agreement (the “Arrangement Agreement”) pursuant to which Legacy has agreed to acquire all of the outstanding common shares of Villanova by means of a plan of arrangement under the Business Corporations Act (Alberta). Legacy will pay $21.3 million cash and issue a total of approximately 13.9 million Legacy common shares at a deemed price of $5.48 each to the shareholders of Villanova. Legacy will also assume Villanova’s net debt, estimated at approximately $29.8 million at the time of the execution of the Arrangement Agreement.

Pro-forma the Acquisitions, Legacy’s debt to annualized cash flow will be approximately 1.8 times based on current strip pricing.

In conjunction with the Acquisitions, Legacy has initiated a crude oil hedging program. Legacy has entered into an initial swap position of 2,000 Bbls per day at an average price of C$97.63 per Bbl (WTI) for the period of May 2013 to December 2013. Legacy intends to reach a minimum hedge position of 5,000 Bbls per day and will include swaps and/or collars/options of WTI, Edmonton Par and/or WTI to Edmonton Par differentials.

At Frys/Antler, a pilot waterflood initiated in early December 2012 has shown early signs of response. Application has already been made to expand the pilot to the offsetting sections. Located immediately east of Frys/Antler, the analogous field at Sinclair now has 33 sections under waterflood and has seen oil production rate increases ranging from 50 to 100 percent after waterflood response.

At Turner Valley, Legacy has continued to evolve drilling and completion practices to optimize both production rate and capital costs. Drilling to-date has targeted infill locations testing areas of varying water cut, reservoir pressure, proximity to water injection and three different stratigraphic horizons. Legacy’s most recent well at Candor #2 exemplifies the successful evolution of the development at Turner Valley. Candor #2 was brought on production recently and is already producing in excess of 300 Boe per day with a 25 percent water cut. Drilling will continue on Legacy’s Hartell #7 well through spring break-up. Also, during the first quarter, Legacy completed a 35 square mile 3D seismic survey over the south half of the Turner Valley pool. The Turner Valley Field was discovered nearly 100 years ago and most of the drilling to date has been based on geological mapping. The 3D seismic will be instrumental in mapping the complex foothills geology and will be invaluable in identifying underdeveloped areas suitable for more drilling, planning identified future drilling locations and in optimizing water injection patterns.

The Acquisitions represent the successful continuation of Legacy’s business plan to acquire high quality conventional and resource play light oil assets and strengthen its operating position within its core areas. The Acquisitions increase Legacy’s opportunity inventory in its light oil focus areas. Legacy has identified 194 (82.6 net) horizontal locations on the acquired lands, of which 65 percent are unbooked. Based on anticipated activity levels, this represents more than five years of drilling inventory on these assets.

Villanova’s lands and production provide an excellent operational fit with Legacy’s current southeast Saskatchewan holdings, with a number of the properties located immediately adjacent to Legacy operated assets. In addition, the Villanova acquisition includes 18 gross sections of prospective land for Midale, Bakken and Three Forks light oil at and immediately adjacent to Legacy’s Pinto property. Over the past two years, Legacy was the first mover in establishing highly economic oil production from the Midale Formation along the Saskatchewan and North Dakota border. Other operators, including Villanova, have been active in the area, expanding the play’s areal extent and delineating an emerging light oil resource play in the Bakken and Three Forks formations. Villanova’s production results from the Midale play are as follows:

Initial Rate Period Bbls Oil per Day Number of Wells Producing
30 Day Average 155 12
60 Day Average 139 12
90 Day Average 131 11
The acquisition of Villanova enables Legacy to consolidate interests in these plays while adding “bolt on” production and lands in its other SE Saskatchewan conventional production areas at Alameda, Manor and Carnduff/Souris Flat.

As a result of the Acquisitions, and giving effect to production declines and timing of closing the Acquisitions, Legacy is increasing its guidance for 2013 average production to 19,000 Boe per day (90 percent oil and NGL’s) and increasing its guidance for 2013 exit rate production to 21,500 Boe per day (91 percent oil and NGL’s), representing a 20 percent increase over 2012 exit production. Royalties are expected to average 15.7 percent and operating and transportation costs are expected to average $16.25 per Boe. With the increased production and cash flow, Legacy now expects to spend $310 million in capital expenditures in 2013. The above guidance takes into account year to-date production volumes and a worse than historical spring breakup based on the current ground conditions in southeast Saskatchewan and southwest Manitoba.

Proforma the Acquisitions, Legacy has the following key attributes:

1.Reserves are Gross Company Reserves evaluated by Sproule as at December 31, 2012 for Legacy and the Asset Acquisition. Reserves evaluated by GLJ as at December 31, 2012 for Villanova. Gross Company Reserves are the Company’s working interest reserves before the deduction of royalties, and without including any of the Company’s royalty interests.
2.Based on 2013 average production.
Legacy is a uniquely positioned, well‐capitalized, technically driven, intermediate oil and natural gas company with a proven management team committed to aggressive, cost‐effective growth of light oil reserves and production in large hydrocarbon in‐place assets and resource plays. Legacy’s common shares trade on the TSX under the symbol LEG.