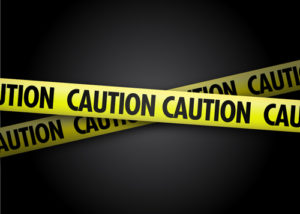 The Federal Reserve’s rebuke to Credit Suisse for failing to adhere to US leveraged lending guidelines is having an industry-wide effect as banks bow to regulatory pressures and start pulling back from underwriting highly leveraged loans, according to sister magazine Reuters IFR.

The regulator’s move is likely to ensure that the frothy US leveraged loan market will become more conservative, with lower leverage ratios and less aggressive terms and conditions than have been seen in the past 18 months, loan bankers said.

”Banks will not go up against the regulators,” a loan syndicate head at a US bank said.

Although Credit Suisse was singled out by the Fed, which issued a “Matters Requiring Immediate Attention” letter in July, all banks doing business in the US leveraged loan market are putting the brakes on highly leveraged loans, the bankers said.

The move is also expected to create a more equal playing field between banks as the Fed’s reprimand brings foreign banks doing business in the US back in line with tougher regulation in the last nine months from the Office of the Comptroller of the Currency, which regulates US banks.

“It is clear that the regulators are getting more consistent in applying regulations—the Fed is catching up with the OCC. We have had these issues and others are now in the cross-hairs,” the loan syndicate head said.

“Other banks have got letters. The reason that Credit Suisse drew comment is that they were asked to do something urgently,” the loan syndicate head said.

OCC-regulated US banks, including Bank of America Merrill Lynch, JP Morgan Citigroup and Wells Fargo have been complaining for months that foreign banks regulated by the Fed had been getting an easier ride, which was conferring a competitive advantage.

Fed-regulated banks, including Credit Suisse, Deutsche Bank and UBS, were said to have gained market share at the expense of their U.S. peers as a result of the Fed’s more lenient stance.

Credit Suisse was admired by many in the industry for winning market share through its sponsor business in the last year, particularly in middle-market buyouts, which had proved highly profitable.

“There will no longer be an arbitrage. The OCC regulations are being recognised as the Fed begins to bare its teeth,” the loan syndicate head said.

Pricing Up, Leverage Down

A more conservative market environment, coupled with outflows from loan funds this year, is leading market participants to predict that the U.S. leveraged loan market may have passed its most aggressive point.

This could force some borrowers into the shadow banking market. The high-yield market could also pick up business as a result, but is also starting to attract more regulatory attention.

Richard Fisher, president of the Federal Reserve Bank of Dallas, said last Thursday that the US is starting to see extreme risk-taking in the junk bondmarkets.

Private equity firms, which have been accustomed to calling the shots in a highly liquid market, may also have to rethink their requests to banks.

“Sponsors have got to figure it out – temper leverage and stop being so pushy,” the loan syndicate head said.

Private equity firms will also struggle to arrange “add-ons” for a range of purposes, including acquisitions, on existing deals that were set at levels that will now attract criticism from regulators.

The leveraged lending guidelines, which were spelled out in March 2013, focus on loans that can be criticised or considered “non pass”. Deals with leverage levels exceeding six times are viewed as problematic.