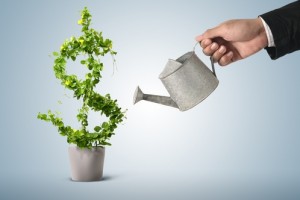 Alternative asset managers have had a hard time convincing investors of their value. Peer Carlyle Group LP (CG.O) has been stuck around its IPO price of $22 per share following its $671 million stock market debut on May 3.

Apollo, whose shares hit a 2012 low of $11.97 on Monday, has been diversifying beyond buyouts into areas such as credit and real estate in a drive to make its earnings less volatile and easier for investors to anticipate. Last month its credit assets overtook its buyout assets in size.

The strategy appeared to pay off on Tuesday as the firm saw strong gains in its capital markets segment, which is active in mezzanine debt, non-performing loans and hedge funds with a focus on investment in companies in financial distress.

“We believe our first-quarter results demonstrate the strength of Apollo’s global integrated platform and that 2012 is off to a terrific start in terms of capital formation, capital deployment, and cash distributions for our shareholders,” Black, Apollo’s CEO, said in a statement.

ENI rose to $462 million in the first quarter from $376.6 million a year earlier. After-tax ENI per share was $1.10, up from 99 cents a year ago. Analysts in a Reuters poll were expecting 78 cents per share.

The capital markets segment accounted for over half of the increase in ENI. The earnings did not include the acquisition of credit manager Stone Tower Capital LLC that was finalized on April 2 and has boosted Apollo’s asset management to more than $100 billion, an all-time high.

Black, who took home $104.2 million in 2011 dividends as a result of his 24 percent stake in Apollo, describes himself as a contrarian who sees opportunities others do not. In the first quarter, Apollo bought Belgian chemicals group Taminco from CVC Capital Partners for about 1.1 billion euros.

His firm, which he co-founded in 1990, is also behind the largest leveraged buyout announced so far this year, leading a consortium that has agreed to pay about $7.15 billion for El Paso Corp’s (EP.N) oil and gas exploration and production business.

The firm’s private equity funds appreciated 16 percent during the first quarter of 2012 and were valued at 48 percent above cost at the end of it. Apollo spent $1 billion on private- equity deals in the first quarter and had $7.4 billion available to spend on more.

Much of the gains in its private equity segment were down to interest and dividend income generated by its sixth buyout fund.

Total realized gains from carried interest — Apollo’s share of the investment profits of its funds — were $159 million in the first quarter, an 8 percent increase year on year.

Assets under management were $86 billion at the end of the first quarter, 23 percent up year on year. The firm said it reached final fundraising close for its U.S. real estate fund, with commitments from investors totaling $713 million.

While a behemoth in buyouts and credit investments, Apollo is still a junior player in real estate. Its competitor Blackstone has raised more than $10 billion for its latest real estate fund.

Apollo declared a first-quarter distribution of 25 cents per Class A share. It attributed 18 cents of that primarily to its assets generating cash and being sold rather than management fees it charges investors just for accepting their money.