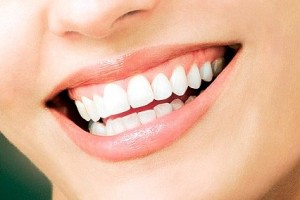 Aspen Dental will be paying out a $127 million dividend to shareholders including Leonard Green & Partners, less than two years after being sold.

Syracuse, N.Y.-based Aspen specializes in dentures but also provides dental services, like checkups and fillings, to customers. In 2010, Leonard Green bought Aspen Dental for around $500 million from Ares Management.

Proceeds of the term loan will be used to pay a one-time dividend of about $127 million to shareholders, which include Leonard Green & Ares, Moody’s said. The incremental debt associated with the dividend will deteriorate certain key metrics at Aspen, but it’s not sufficient to warrant a downgrade, Moody’s said.

The ratings agency affirmed Aspen’s B2 Corporate Family Rating and B2 probability of default. Standard & Poor’s Ratings Services also said its ‘B’ rating for Aspen Dental was not affected by the dividend. “The transactions will boost Aspen’s already-high financial leverage, but we believe EBITDA will grow at a low-double-digit annual rate over the next few years, helping Aspen to service its heavy debt burden,” S&P said.

Also worth noting is the rating action on 99 Cents Only Stores.

In January, Ares Management and Canada Pension Plan Investment Board completed their $1.6 billion, or $22 a share cash, buy of 99 Cents Only Stores. The deep discount retailer had received a $1.3 billion buyout offer from Leonard Green & Partners. Apollo Management was also in the running for 99 Cents but dropped out.

Standard & Poor’s, on Friday, assigned a ‘B’ corporate credit rating to 99 Cents Only Stores. More interestingly, S&P said that Ares and CPPIB used the target’s unrated asset-based lending facilities, together with $224 million in cash and equivalents, plus $636 million in equity to buy 99 Cents. This means that Ares and CPPIB are contributing at least $636 million equity in the buyout. (It’s not completely clear whether the $224 million is theirs as well.)