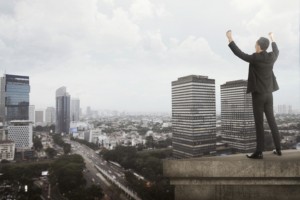 Leonard Green & Partners boosted the target on its seventh fund to $8.5 billion and set a hard cap at $9.1 billion, according to three people with knowledge of the fundraising.

The firm sent an email to limited partners recently announcing the larger fund size and explaining it is meant to make more room for limited partners, according to two of the people. Fund VII has demand above the cap, the people said.

Leonard Green launched Green Equity Investors VII last year with a $7.5 billion target. The firm could hold a first close in February and a final close in March, one of the LPs said.

The two people expressed concern over the increase in fund size, which would make Fund VII significantly larger than the prior vehicle, Green Equity Investors VI, which closed on $6.25 billion in 2012. That fund included a GP commitment of $250 million.

“They’re going to do what the market allows them to do, that’s the simple fact,” one of the people said. “They’ll get their money.”

The second person said investors help drive up fund sizes, because they want bigger allocations to the funds of top-performing firms. “It’s a function of market demand. It’s a little hard to be happy about news like this from an LP perspective.”

Fund VI was generating an 11.42 percent net internal rate of return and a 1.15x multiple as of June 30, according to performance information from alternative assets data provider Bison.

With Fund VII Leonard Green is charging a 1.5 percent management fee that steps down to 1 percent after the six-year investment period, the second prospective LP said. The fund comes with a 100 percent fee offset. Fund VII has an 8 percent preferred return.