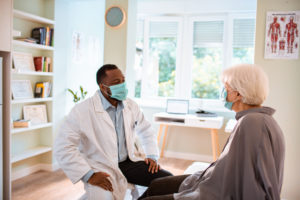 As primary care remains a highly sought after segment of healthcare to invest behind, a unique player with a membership-based model has hit the market.

Leonard Green & Partners is evaluating a sale of MDVIP, whose network of primary care doctors offer personalized and preventative medicine for a large annual fee, according to multiple sources familiar with the firm’s plans.

A process recently kicked off for the business but remains in the early stages. The Jefferies-run sale process is likely to produce a sponsor outcome, the sources said.

LGP in November 2017 acquired a majority interest in MDVIP from Summit Partners. Summit first invested in MDVIP in 2004, eventually selling the company to consumer-products giant Procter & Gamble in 2009, before repurchasing MDVIP in 2014.

MDVIP has grown steadily over the last several years.

Ahead of LGP’s investment, PE Hub sources cited around $40 million of adjusted EBITDA in 2017. The Wall Street Journal in February 2014 reported that MDVIP generated about $16 million in EBITDA the prior year.

Founded in 2000, MDVIP operates a membership-based primary care model with a network of more than 1,000 primary care physicians across the country who care for more than 350,000 patients. The annual fee for MDVIP-affiliated practices ranges between $1,650 and $2,200.

The pitch? Members receive more face time and immediate access to their providers – with access either the same or next day as needed, along with 24/7 physician availability. A doctor within a typical internal and family medicine practice sees an average of 18 patients a day, whereas MDVIP-affiliated doctors see an average of eight to 10 patients a day, MDVIP states on its website.

Members also get access to various preventative services that aren’t typically covered by commercial insurance or Medicare, nor offered by most concierge physicians. That includes a personal wellness plan designed by applying the results of comprehensive health screenings and diagnostic tests.

MDVIP, given its cost, is perceived by some as catering to higher-income populations, presenting a smaller total addressable market, sources said. That said, “those who can afford it, like it,” one person said.

Another membership-based primary care practice group is One Medical, although it costs just $199 a year.