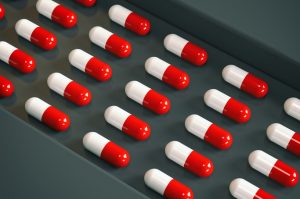 Leonard Green & Partners prevailed in the highly anticipated sales process for WIRB-Copernicus Group, a provider of compliance-related services that improve the efficiency of clinical drug trials, according to four sources.

In connection with the transaction, existing investor Arsenal Partners stayed on with the Princeton, New Jersey, company, two of the sources said. It is unclear if MSD Partners, the family office of Michael Dell, has reinvested.

The deal values WCG in the low-$3 billion range, two of the sources said. One of these sources and a third placed projected 2019 Ebitda at roughly $175 million.

LGP’s winning bid for WCG marks the conclusion of a Centerview Partners-conducted sales process. Buyouts initially reported on the adviser engagement in August.

Other participants in the sales process included Blackstone Group, the four sources said. The process narrowed to four parties following the auction’s first rounds, two of the sources added.

Arsenal’s investment in the company dates back more than seven years. The New York firm in March 2012 acquired the company (then called Western Institutional Review Board, or WIRB), and in August 2016 led its recapitalization alongside investors including MSD.

Arsenal invested additional capital in WCG via Fund IV and said the firm would continue to retain a “significant” ownership stake through Fund II. MSD’s investment was structured as a preferred equity investment, two of the people said.

WCG offers a range of services to accelerate the clinical trial process, including for IRB (institutional review board) and in the broader e-clinical space. The company provides ethical review, study planning and site optimization, patient engagement, scientific and regulatory review services, as well as market intelligence and insights.

Donald Deiseo, an operating partner in Arsenal’s healthcare group, is chairman and CEO of WCG.

Advarra’s existing investor Linden Capital reinvested alongside Genstar in connection with the transaction.

For LGP, the deal follows other big healthcare bets this year.

In July, a consortium led by LGP and Ares Management prevailed in the auction for EQT Partners’ Press Ganey, which provides patient-satisfaction surveys for hospitals. The deal was valued between $4.2 billion and $4.3 billion, sources told Buyouts.