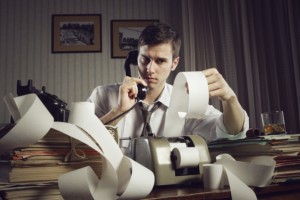 U.S. regulators’ attempts to reign in risky lending are proving successful as leverage levels on the biggest buyout loans have fallen to a two-year low, according to Thomson Reuters Loan Pricing Corp data.

Total leverage for large buyouts announced in the first quarter of 2015 to date averaged 5.91 times EBITDA, below the six times levels that regulators are trying to get banks to avoid, TRLPC data shows.

U.S. regulators issued leveraged lending guidelines in March 2013 and made it clearer late last year that they have little tolerance for highly leveraged loans, which could trigger penalties for banks.

The drop in leverage ratios shows that lenders are heeding regulators’ guidance. Leverage ratios averaged 6.55 times last year and recently peaked at 6.96 times in the third quarter of 2014.

The last time that leverage levels were below six times was the first quarter of 2013, after reaching a high of 7.4 times in the second quarter of 2007 before the financial crisis.

“The market is beginning to digest increasing adherence of the guidance,” said Chris Remington, institutional portfolio manager at Eaton Vance.

Wall Street banks initially maintained that every company that wanted to raise a highly leveraged loan would be able to do so after regulators issued the leveraged lending guidelines, but that tune has changed.

Leverage levels started to fall after the Federal Reserve, the Office of the Comptroller of the Currency and Federal Deposit Insurance Corp notified banks of more frequent reviews and started to take a harder line on enforcing their guidelines last November.

An FDIC spokesman referred to a February 24 statement from a quarterly banking profile briefing, in which Chairman Martin Gruenberg noted that leveraged lending “has been a particular concern, really a credit quality concern,” for larger institutions.

After an initially unsatisfactory response to the guidance, “we’re now hopeful that we’re going to see a better response from the industry … but that remains an area of attention for us,” said Gruenberg.

The Fed and OCC declined to comment on the declining leverage trend and bank response to the guidance.

“There’s still some ambiguity about what the guidelines mean in practice, but caution is taking hold,” said Anna Dodson, a partner in Goodwin Procter’s debt finance practice.

Caution started to be seen in late 2014 on a $4.3 billion loan backing PetSmart’s buyout by a private equity group led by BC Partners. Leverage ratios estimated as high as 7.25 times prompted several banks to stay away from the deal.

“None of the banks who passed decided to pass because of the credit. They had questions over the regulations,” Raymond Svider, a managing partner at BC Partners, said on Wednesday.

Leveraged buyout loans have accounted for 20 percent of total loan supply in the last five years, excluding repricings, and LBOs with leverage greater than six times made up 11 percent, according to Barclays, which expects leveraged loan volume to drop as some highly leveraged deals are abandoned.

Barclays expects most LBOs to have leverage below six times and volume to fall to 10-15 percent of total issuance this year, resulting in a $15 billion to $35 billion drop.

“To account for the likelihood of this regulatory-driven decrease in issuance, we reduce our full-year forecast to $305 billion-$330 billion, ex-repricings, from the $325 billion-$350 billion supply forecast in November,” the Barclays report said.

The firm’s strategists said that “at least $40 billion in issuance this year will not get done due to regulatory scrutiny, and by our estimation the number could be as high as $80 billion less in issuance due to policy alone.”