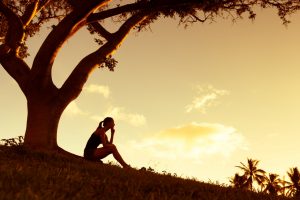 Levine Leichtman Capital Partners is exploring the sale of Monte Nido & Affiliates, a national provider of treatment for adults and adolescents with eating disorders, four sources familiar with the firm’s plans said.

Harris Williams has been engaged for financial advice, with a process poised to start in 2022, the sources said.

Levine’s investment dates to September 2015. The Beverly Hills-based PE firm, via Fund V, bought the business from Centre Partners for around $270 million, one of the sources said.

Based in Miami, Monte Nido provides care to individuals suffering from eating disorders throughout residential, inpatient, partial hospitalization and intensive outpatient settings. It encompasses more than 40 programs across 13 states, up from 17 facilities across five states at the time of Levine’s entry, according to an announcement at the time.

Sources placed the company’s EBITDA at approximately $50 million. While still in the early stages, the sellers could fetch around the 20x EBITDA mark based on recent relevant trades, one person said. That could imply up to some $1 billion if the $50 million is applied.

Monte Nido has historically slanted towards lower- and moderate-acuity patients, a more competitive care setting in contrast to high-acuity patients. But recently, it has made moves to expand beyond those roots.

The company over the last 12 months has invested into higher-acuity patient populations through its acquisitions of Walden Behavioral Care in September 2021 and Rosewood Center for Eating Disorders in October 2020. Through Rosewood, it also entered the Southwest market while adding the ability to treat diabulimia. Walden, meanwhile, provides psychiatric treatment associated with eating disorders.

The company is also expected to benefit from scarcity value as many scale platforms ripe for investment in behavioral healthcare have already traded hands this year.

Perhaps the most relevant, Apax Partners and Oak HC/FT earlier this month joined hands to buy Eating Recovery Center, which valued the Denver-based eating disorder platform at $1.4 billion, sources told PE Hub in early October. That translates to more than 15x its marketed EBITDA of $91 million, sources said then, or closer to 18.5x when applying pro forma EBITDA, another source said.

ERC differentiates through its focus on high-acuity eating disorder patients, while it has also more recently expanded into mood and anxiety disorder treatment (now about 15 percent of the business) and is looking to leverage its existing virtual capabilities to expand digitally.

In other recent behavioral healthcare activity, Patient Square Capital in September bought Summit BHC, a substance abuse treatment and psychiatric services platform, for an enterprise value of $1.3 billion. That translated to more than 17x current run-rate EBITDA, or 14x-plus maturity-adjusted EBITDA for 2021, sources told PE Hub at the time. Pro forma EBITDA is nearing $100 million by the end of this year.

Elsewhere, Onex Partners in July completed its investment in Newport Healthcare in a deal valuing the network of teen-focused mental health treatment centers at $1.3 billion, PE Hub wrote. Likewise, deal multiple varies depending on which EBITDA is applied. However, Newport expects to produce 2021 adjusted EBITDA north of $80 million, while trailing 12-month EBITDA is closer to the low-$70 million range, implying an 18x-plus multiple off the latter, sources told PE Hub at the time.

While ERC has already begun to take this approach, another example is Discovery Behavioral Health, a portfolio company of Webster Equity Partners. Discover provides treatment for behavioral healthcare services including alcohol and drug addiction, eating disorders and a broad array of mental health conditions.

LLCP declined to comment, while Harris Williams and company representatives did not return PE Hub‘s requests for comment.