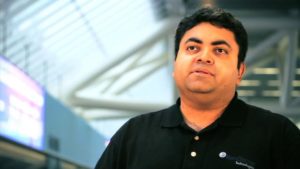 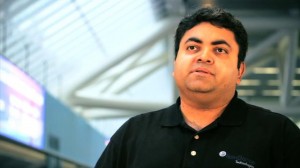 As a life science CEO, Roopom Banerjee would seem to have enough on his plate overseeing the rollout of a new line of genetic sequencing and testing systems. But at the same time, there’s something else he’s always working on: getting the next round.

“The hallmark of a venture-backed CEO is you never stop fundraising,” says Banerjee, a former healthcare investment banker who three years ago joined RainDance Technologies, a developer of equipment and supplies for targeting and sequencing small portions of a genome.

Recently, things have worked out well on the funding side. The Lexington, Mass.-based company is announcing today that it has raised a $20 million Series E financing round. Backing comes from a new investor, Myriad Genetics (Nasdaq: MYGN), as well existing investors Mohr Davidow Ventures, Quaker BioVentures, Alloy Ventures, Acadia Woods, and Sectoral Asset Management. That brings total funding to date to close to $100 million for the eight-year-old company, Banerjee says.

The round comes on the heels of a couple of other big developments. Last week, the company announced that Myriad will be using its technology in tests for analyzing risk of developing heritable forms of cancer. It also rolled out a partnership with three major genetics labs to develop tests for hereditary factors in such diseases as colon cancer, congenital muscular dystrophy, epilepsy, hearing loss and autism. On the sales side, Banerjee says things are moving along as well – with revenues expected to come hit between $15 million and $20 million this year, about double last year’s total. He’s predicting revenues will top $30 million next year.

RainDance isn’t the only company with ties to genetic sequencing that has been pulling in large sums from investors and acquirers recently. Last quarter, the largest venture-backed acquisition with a disclosed price was Illumina’s purchase of venture-backed Verinata, developer of a prenatal test for chromosomal abnormalities, for $350 million up front and up to $100 million in milestone payments. Still-private companies have also been  closing large rounds from venture and strategic investors. Last week, Gen9, a developer of  technologies for synthesizing and assembling synthetic DNA, announced a $21M investment from Agilent Technologies. Foundation Medicine, developer of a genomic test for tumor DNA, also topped off a $56 million Series B round early this year with funding from Bill Gates and Yuri Milner.

Yet at the same time, conditions for life science startups, including those in the genetics space, remain difficult. In the first quarter of this year, only 20 life sciences companies received start-up venture capital funding, the lowest number seen since Q2 of 1995, according to report published last week by the National Venture Capital Association and the Medical Innovation and Competitiveness Coalition.  The number of life science-focused ventures funds is also declining. Just 11 such funds raised capital last year, down from a peak of 39 in 2006.  And many big bets have produced disappointing returns. For instance, shares of Pacific Biosciences, a heavily venture-backed genetic analysis platform developer, have shed more than 80% of their value since the company went public in 2010.

For a life science CEO, all that adds up to difficult times on the fundraising trail. Overall, Banerjee says, the venture fundraising environment is probably the most challenging he’s seen in years, with most VCs in the space seeking to hunker down and conserve capital for existing portfolio companies.

As for companies in the genomics space, Banerjee says he expects to see more focus on applications of genetic data analysis and less on reducing costs of sequencing. Cutting sequencing costs has been the big focus of the past decade, with dramatic results. While about a decade ago, sequencing a genome would cost close to $3 million, costs got down to under $10 thousand a few years ago, and today can range from $1,000 to $5,000. At those price points, he says, there should be less pressure to reduce costs further and more emphasis on developing useful diagnostic tools that incorporate genomic data.