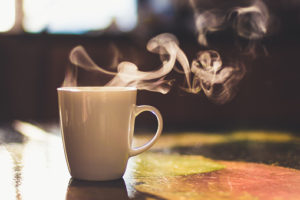 Hope you’re moving smoothly through the week. Surprisingly, we’ve got a ton of news today.

Looks like we’re going to get a big test of a private equity firm’s ability to back out of a deal due to the changing environment from the coronavirus lockdown.

Sycamore Partners wants to back out of its February agreement to buy a majority of Victoria’s Secret from L Brands, which vowed to fight Sycamore’s “invalid” attempt to terminate the acquisition, according to New York Times, citing a Delaware court filing. Read the story here.

“Until closing, L Brands is required to operate the Victoria’s Secret business in the ordinary course consistent with past practice,” according to a letter from Stefan Kaluzny, co-founder of Sycamore, to L Brands, which was included in the filing. “Unfortunately, L Brands has failed to do this in a myriad of ways that have materially and irreparably damaged the Victoria’s Secret business.”

“While we acknowledge that the Covid-19 pandemic is an international tragedy and health emergency, we are equally certain that it does not excuse the performance of L Brands’ obligations under the transaction agreement — obligations that L Brands has materially and incurably breached.”

We’ve discussed the possibility of firms invoking the dreaded material adverse change clause to kill deals that suddenly don’t look so good, but nothing much has materialized so far. This would be a headline example of a firm trying to use the escape hatch. It’ll be battled out in court.

What do you think about Sycamore’s move? Hit me up at cwitkowsky@buyoutsinsider.com

Life under: We’ve started an occasional feature on PE Hub and Buyout that will examine private equity folks’ life under the coronavirus lockdown — how they’re managing to do their jobs while working remotely, some of the more unusual circumstances they’ve encountered in this new reality. Also, pictures, lots of pictures.

Our first selection comes from Eric Liu, partner and co-head of healthcare at EQT, who talked to Sarah Pringle on PE Hub. Liu explained remote working was not a huge transition because of the major tech overhaul the firm completed over the past few years. Liu credits that upgrade to Thomas Von Koch, former CEO and managing partner at EQT, who is now a managing director.

Von Koch, one of the Swedish firm’s founding members always viewed EQT as a modern, digital technology company, Liu said. “Most PE firms think about themselves as financial services firms. [His thinking was], we are a company and we happen to have a business purpose about investing, and therefore we should have technology.”

Liu, who was traveling to Europe eight to 10 times a year, suspects the new environment may lead many to revisit the question: what’s the logistical cost of holding it in-person?

Although in-person communication is particularly valuable in terms of general team morale and mentoring, said Liu, his own productivity has been largely unaffected – especially given he’s in no rush to invest after closing two deals in October. Read the full story here.

Top Scoops
Recently, Sarah wrote that TPG had agreed to acquire a majority stake in LifeStance Health, agreeing to underwrite the full purchase price with equity with the ability to obtain financing later.

Now she has news that Capital One and HPS Investment Partners, a spinout from Highbridge Capital Management, are stepping up to provide financing to support the deal. Capital One and HPS are providing $225 million through a unitranche structure, the story said.

The deal for LifeStance is particularly notable in a period where most large scale M&A has been postponed or called off in the wake of a volatile economic environment, Sarah writes. LifeStance has proven an exception, with its auction managing to not only proceed as planned, but to produce a high teens multiple of EBITDA. Read more.

SEC has been busy! We wrote about a settlement with Old Ironsides Energy recently. Now we have Monomoy Capital Partners, which settled with SEC for charging Fund II portfolio companies for services from an internal operating group without properly disclosing the practice, according to SEC’s settlement document.

Monomoy had established the practice of billing portfolio companies, rather than covering the cost through the management fee, for providing the operation group’s services by the time it began raising Fund II, SEC said.
The firm did not “fully or fairly” disclose that it would separately charge portfolio companies in the second fund for the operation group cost, and did not obtain LP consent for that practice, SEC said. Read more.

While LPs favorably viewed the use of operating partners, “many of these operating partners … are paid directly by portfolio companies or the funds without sufficient disclosure to investors,” said Andrew Bowden, former director in the SEC’s Office of Compliance Inspections and Examinations, in his seminal speech about private equity enforcement in 2014 called “Spreading Sunshine in Private Equity”. (Bowden is now general counsel at Jackson National Life Insurance Co.)

“This effectively creates an additional “back door” fee that many investors do not expect, especially since operating partners often look and act just like other adviser employees,” Bowden said. “Unlike the other employees of the adviser, however, often they are not paid by the adviser but instead are expensed to either the fund or to the portfolio companies that they advise.”