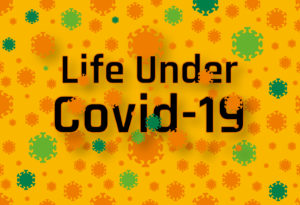 As markets fluctuate violently amid the public health crisis and government lockdown, deal activity has mostly been on hold.

However, some GPs are finding ways to get deals done. Soundcore Capital Partners, launched in 2015, managed to close a deal working virtually with video conferencing even as markets remained closed.

Turner, 38, said he wasn’t able to identify the company, other than to say it provides warehousing, transloading, drayage, value-added packaging and fulfillment services to US customers.

Soundcore has several companies under letter of intent it expects to buy between now and July, Turner said.

Soundcore’s portfolio is made up of companies Turner said provide essential services, making them “recession resistant.”

As part of the new remote-working reality, Soundcore has a regular team call, as well as frequent calls with portfolio company senior executives, Turner said. He’s also been checking in with bankers and lenders about the deal environment.

For Turner, focusing on work with all the distractions of home has not been too much of a problem. Exercise has become a vital part of his ability to stay sharp.

Turner has run five marathons, though he hasn’t run one since 2014. “This has got me running again,” he said. “It’s really helpful to clear my head, to think things through. You release endorphins and get more energy after … and it’s simply really nice to get fresh air during this … house arrest,” Turner quipped.

He also does body weight exercises like squats and push-ups.

Some silver lining has been the ability to spend more time with his fiancee, Margaret Lukens, who Turner proposed to in St. Moritz, Switzerland, on Feb. 21, just before the US descended into pandemic madness. The two left Manhattan to his in-laws’ home in New Jersey.

Overall, the firm has adjusted to remote working. “I never thought I’d be doing these Zoom conferences and Microsoft Team conferences before this,” he said. “It’s been amazing to adapt that technology to stay close to people.”