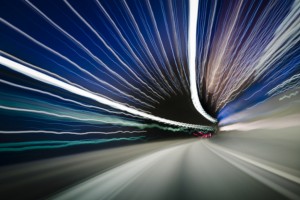 Lightspeed Venture Partners, an early investor in smart thermostat maker Nest Labs, is talking to limited partners about raising an early stage fund and growth stage fund that together could total about $800 million, according to three people who have heard the pitch.

We were unable to find performance data for funds VIII and IX, but Lightspeed’s vintage 2005 Fund VII has performed better than average. The Regents of the University of California, which committed $25 million to the $500 million vehicle, reported that Fund VII had an internal rate of return of 8.6 percent as of Sept. 30, 2012. Of 23 U.S.-based funds raised in 2005, the average IRR was 3.07 percent and the median IRR was 1.64 percent, as of June 30, according to Thomson Reuters.

Lightspeed Ventures was one of several shops that invested in Nest Labs, which has agreed to be acquired by Google for $3.2 billion. It isn’t clear what Lightspeed’s ROI was on that deal, but fellow investors Kleiner Perkins Caufield & Byers and Shasta Ventures stand to make about 20 times their money, Reuters reported.

“I had a longstanding ‘joke’ with Tony [Fadell, founder and CEO of Nest] that whenever I would run into him, I would tell him I had Lightspeed’s checkbook handy and was ready to write him a check whenever he wanted to start a company,” wrote Peter Nieh, a partner at Lightspeed in a blog post congratulating Nest on the sale.

“After many years and all the successes Tony had at Apple – from creating the iPod to leading the development of the first iPhones – I finally had the opportunity to write Tony a check. There was no hesitation from my partnership,” Nieh wrote.