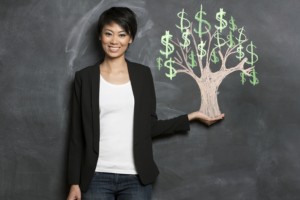 RCS Capital Corp is buying the independent broker-dealer for $1.15 billion. Cetera, a network of four broker-dealers, has 6,660 registered representatives and $145 billion in client assets under administration. The El Segundo, Calif.-based Cetera targets “Mass Affluent America,” or clients with $100,000 to over $1 million in investable assets.

RCS is funding the deal with $104 million cash on hand. The company is receiving another $10 million from RCS partners, while Luxor Capital Group, a new York hedge fund, has committed to provide $370 million in equity financing, RCS Capital said. Barclays and BofA Merrill Lynch are providing $725 million of debt financing.

The transaction is expected to close in the second quarter.

Cetera was created after Lightyear acquired ING Advisors Network and three of its broker-dealers. in February, 2010, and renamed the businesses.

It’s unclear how much Lightyear paid for its majority stake, but the investment came from Lightyear’s second fund, which collected $850 million in 2006. Cetera, in 2012, acquired Genworth Financial Investment Services.

Lightyear has already received some of its investment back. Cetera launched a $265 million term loan over the summer that was then cut to $210 million, according to Thomson Reuters Loan Pricing Corp. Proceeds were used to buy two brokerage units from MetLife and to fund a dividend to shareholders, Moody’s Investors Service said. Cetera’s shareholders reportedly received $81 million as part of the dividend.

The sale of Cetera to RCS was not  conducted via an auction, a source said.

Instead, RCS approached Cetera roughly six to nine months ago, and returned after Thanksgiving with a preemptive bid, sources said. Lightyear was keen for Cetera’s management to remain intact, and RCS on Thursday  confirmed that President and CEO Valerie Brown and her management team would continue to run the business.

Cetera’s sale is the latest in a string of deals in the asset management industry.

Lightyear in December agreed to buy Ridgeworth Investments for $265 million. In January, Northwestern Mutual Life said it has hired Goldman Sachs to sell Russell Investments, which has $247 billion in assets under management and runs the Russell Indices. Numeric Investors, a quantitative equity manager, put itself up for sale in 2013, aaccording to a Reuters report. (Sources in December told peHUB the Numeric process was on hold.)

“You’ve created a rapidly growing aggregate of accounts that need management,” he said. “People need advice on how to manage their money, their 401(k).”

Marron founded Lightyear, which focuses on middle-market financial services firms in North America, in 2000. Marron is the former chairman and CEO of Paine Webber Group, which was sold to UBS AG in 2000 for $10.8 billion.

In 2012, Lightyear closed its third fund at $954 million. Once Lightyear completes its buy of Ridgeworth later this year, Fund III will be more than half invested, a source said.

(Correction: Lightyear raised $850 million with its second fund. The original version of this story incorrectly said they collected $815 million. The story has been changed.)