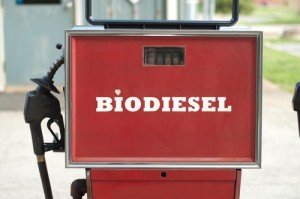 Lignol Energy Corporation (TSXV: LEC) (“LEC” or “the Company”), a leading technology company in the advanced biofuels and renewable chemicals sectors, today announced that, further to its press release dated March 11, 2013, the convertible notes (“Notes”) held by the Company and issued by Territory Biofuels Limited (“TBF”) have been converted into a 40% fully diluted equity stake in TBF. LEC is now the largest shareholder in TBF, which owns a 150 million litre per year biodiesel plant and glycerine refinery located in Darwin, Australia (“Darwin Facility”). In conjunction with this transaction, two LEC executive officers and directors, Mr. Ross MacLachlan and Mr. Stephen Morris, have been appointed directors of TBF with Mr. MacLachlan assuming the role of Chairman of TBF.

“On the heels of our recent investment in TBF and our previously announced technology collaboration, we plan to work with TBF to finance the restart of this world class facility and to capitalize on current global trends that appear to indicate increasing demand and profit margins for biodiesel”, said Ross MacLachlan, Chairman and CEO of LEC.

On March 11, 2013, LEC announced it had subscribed for convertible notes with a principal value of A$1.18 million issued by TBF, and signed a Technology Collaboration Agreement that included a package of technical and further assistance to aid in the restart of TBF’s plant. The terms of the Notes provided for conversion into an equity position for LEC of between 20% to 40% in TBF, depending on a range of criteria related to the development of the Darwin Facility. The terms of the Technology Collaboration Agreement provide for technical assistance from Lignol and its partners with respect to both the restart of the facility and the potential integration of new pretreatment technologies and catalysts to facilitate the processing of a broad range of low cost feedstocks.

TBF owns a large scale biorefining facility located in Darwin, Northern Territory, Australia, which includes a Lurgi designed biodiesel plant and the only glycerine refinery in Australia. The facility was commissioned in 2008 at a cost of A$80 million, along with 38 million litres of related tankage, now leased by TBF. The biodiesel plant is the largest in Australia with a maximum rated capacity of 150 million litres per year. Originally built to run on food-grade vegetable oil, the plant was shut down in 2009 due to feedstock constraints. TBF intends to restart the existing facility utilizing feedstocks such as tallow and used cooking oil and then plans to integrate new feedstock pre-treatment technologies and catalysts to process a broader range of feedstocks such as lower quality tallow and palm sludge oil; a waste product from palm oil mill extraction. TBF has established trading relationships with its shipping, off-take and feedstock partners which it expects will allow it to profitably start up and operate the facility.

LEC (TSXV: LEC) owns 100% of the issued and voting shares of Lignol Innovations Ltd. (“LIL”) and has interests in both Australian Renewable Fuels Ltd. (ASX: ARW) (“ARW”) and TBF. LEC also intends to invest in, or otherwise obtain, equity interests in energy related projects which have synergies with the Company and have the potential to generate near term cash flow.

LIL is a leading technology company in the advanced biofuels and renewable chemicals sector undertaking the development of biorefining technologies for the production of advanced biofuels, including fuel-grade ethanol, and other renewable chemicals from non-food cellulosic biomass feedstocks. LIL’s modified solvent based pre-treatment technology facilitates the rapid, high-yield conversion of cellulose to ethanol and the production of value-added biochemical co-products, including high purity HP-LTM lignin. HP-LTM lignin represents a new class of high purity lignin extractives (and their subsequent derivatives) which can be engineered to meet the chemical properties and functional requirements of a range of industrial applications that until now has not been possible with traditional lignin by-products generated from other processes. LIL is executing on its development plan through strategic partnerships to further develop and integrate its core technologies on a commercial scale. For more information please visit Lignol’s website at www.lignol.ca.