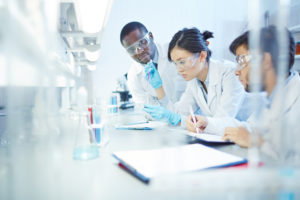 Linden Capital Partners is preparing a sale of Evolution Research Group, which as one of the nation’s largest networks of independent clinical research sites is known for its leading work in neuroscience and other specialized populations, multiple people familiar with the firm’s plans told PE hub.

Harris Williams has been engaged to advise on the upcoming process, which is likely to launch in early 2022, the people said.

Although in preliminary stages, sources told PE Hub the company is expected to generate more than $50 million of EBITDA in 2021. It remains too early to say where the company is likely to be valued, the people said.

Linden, a prolific Chicago-based investor in healthcare, backed ERG in May 2018.

Based in Watchung, New Jersey, ERG conducts both simple and highly complex studies on behalf of pharmaceutical companies and CROs, with a concentration on early and late phase CNS (central nervous system) disorders. It executes trials across areas including psychiatric disorders, pain, Alzheimer’s, hepatic impairment, renal insufficiency, sleep and other debilitating diseases.

Sources noted ERG’s experienced management team, led by CEO Lori Wright, as well as its large customer base and pipeline of studies.

ERG was created in 2014 through the marriage of Thievon-Wright Consulting Group (where Wright was formerly CEO starting in 1998), Woodland International Research Group, Woodland Research Northwest and St. Louis Clinical Trials.

Today the platform comprises 21 highly experienced and quality-focused sites (10 wholly-owned and 11 affiliated) and over 40 principal investigators, according to Linden’s website. Supported by centralized operations, it boasts a robust database of more than 215,000 patients complemented by a centralized recruitment and marketing team, local community outreach programs and long-standing referral relationships.

The upcoming process follows a year in which clinical site organizations witnessed an uptick in activity. Broadly speaking, the pandemic has contributed to a growing public awareness of clinical research and trial processes, with industry tailwinds accelerating investor interest, including a big push to make R&D spending more efficient.

“Awareness that people now have of the clinical research process will help us to get more people interested in taking part in clinical trials – and certainly that’s the biggest problem we face in clinical trial research,” Paul Evans, CEO of clinical site business Velocity Clinical Research told PE Hub in April.

“Fundamentally, clinical research is pretty inefficient, and the site business is a key part of that,” Evans said. About 80 percent of clinical trials are typically late, and 50 percent of those delays are at the site level, he said. “In essence, the sites are an inefficient part of an inefficient process. What our business does is address that inefficiency.”

The Harris Williams-run process for Velocity ultimately produced a strong outcome, but its rapid, pandemic-fueled growth did add complexity in valuing the business, sources said.

For Velocity, Covid accelerated its business plan by one to two years, Evans, a former Quintiles executive, told PE Hub in April. As the only multi-site company in the US to conduct trials for all pharmaceutical companies included in Operation Warp Speed, plus Pfizer, Velocity experienced booming business as a result of coronavirus-related vaccine and treatment studies.

In related activity, Webster Equity Partners earlier this year evaluated a sale of CenExel Clinical Research, engaging Rothschild, out of London, and Edgemont Partners, a healthcare-focused bank based in New York.

Other companies in the space include KKR‘s Headlands Research and AMR, or Alliance for Multispecialty Research.