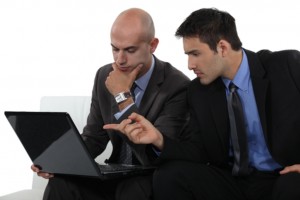 Linden LLC has been out talking to potential limited partners about its next fund, which could target $500 million to $600 million, according to a person with knowledge of the process.

It’s not clear when the fund will officially hit the market. The firm has set up a data room for the fund, the person said, suggesting it could be soon.

Mark Sullivan, a principal in human capital at Linden, did not return a call for comment.

Chicago-based Linden closed its prior fund, Linden Capital Partners II, on $375 million in 2010, beating its $300 million target. The debut fund closed on $200 million in 2006. Park Hill Group worked as placement agent for both fundraisings, according to a press release from Linden when it closed Fund II.

Performance information for Linden’s first and second fund could not be found as of press time.

Linden invests in mid-market healthcare and life sciences companies. The firm builds relationships with industry executives to help source deals and conduct investment due diligence, as well as advise portfolio company management, according to an investment document from the Missouri State Employees’ Retirement System.

Linden was formed by a group of executives who spun out of First Chicago Equity Capital, the private equity arm of the First National Bank of Chicago, now part of J.P. Morgan, according to Linden’s website. Managing partners and co-founders of Linden are Anthony Davis, Eric Larson and Brian Miller.

Its group of nine operating partners includes Eran Broshy, who worked for more than 10 years as chief executive officer and chairman of inVentiv Health; Gary Kagan, who co-founded and worked as executive vice president-development at SemperCare, a long-term acute care hospital company; and Chris Kolber, who previously worked as president of Global Devices for Hospira, Inc., a 2004 spin-out from Abbott Laboratories.

In August, the firm completed an investment in Spear Education, LLC, which provides post-graduate dental education in the United States.