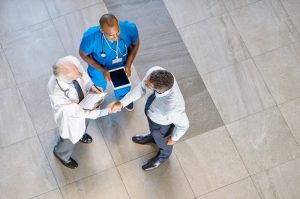 Linden Capital Partners has agreed to acquire RQM+, following a robust sale process for a full-service regulatory and quality consulting firm dedicated to the medical device and diagnostics industries, according to four people familiar with the matter.

The deal, which has not yet closed, commands a total enterprise value of $385 million, some of the sources said. They added that the company is projecting approximately $20 million in 2021 EBITDA, which implies an EBITDA multiple of close to 19x.

The pending transaction will conclude a Harris Williams-run auction that drew bids from private equity firms and sponsor-backed strategics, the sources said. Offers close to or north of 17x EBITDA were required to enter the second round of the process.

The platform was built in partnership with two former PRA Health Sciences executives: David Dockhorn and Pat Donnelly, who are now respectively CEO and chairman of Veranex. Donnelly, a founder of PRA and former CEO of the company, was previously chairman and CEO of Advarra – a current Linden portfolio company – and served on ProPharma’s board of directors.

The duo in October 2019 completed a growth investment in Regulatory and Quality Solutions. The following September, R&Q joined forces with another industry player, Maetrics, to form RQM+. The combination created what the company states is now the largest medical device- and diagnostics-focused full-service regulatory and quality consulting firm in the world, with offices in the US, UK and Switzerland.

Medtech is considered to be significantly behind the pharmaceutical industry in terms of its reliance on outsourced service providers before new products are launched. Sources said there is a scarcity of platforms like RQM+, and significant room to consolidate a fragmented market of niche consultancies and create a bigger platform to service large players such as Stryker and Johnson & Johnson.

One person said it is widely expected that medtech will follow in the footsteps of pharma, where outsourced providers currently have around twice the level of market penetration.

At the same time, almost any player involved in medtech consulting is experiencing greater demand as the end market prepares for Europe to adopt new regulatory framework to improve patient safety and the efficacy of medical devices. The EU’s Medical Device Regulation and its In Vitro Diagnostic Regulation are to replace existing regulations in May 2022, following a five-year transition period.

The changes mean many multi-year workstreams will need to get up to speed. Sources explained that RQM+ is one of the businesses helping with that transition as manufacturers work to update systems and achieve compliance in the European marketplace.

Other players in space include NAMSA, which offers services that accelerate the development of medical devices from pre-clinical phases through commercialization. Last August, the company secured a buyer in French private equity group ArchiMed at a valuation of around $450 million, PE Hub wrote.

About half of NAMSA’s business is on the CRO side, which includes clinical research services and regulatory and compliance consulting, one source previously said. NAMSA also characterizes itself as a medical research organization, a term that refers to providers of services to address inefficiencies in and between development steps.

Chicago’s Linden, one of private equity’s largest healthcare-dedicated buyout shops, looks to be a logical suitor for RQM+.

Its history of investment activity in regulatory and compliance on the pharmaceutical side is not limited to Propharma. It remains a minority investor in Advarra, having sold a majority stake to Genstar Capital in a roughly $1.3 billion deal in 2019. Linden has also owned many contract manufacturing businesses in medical devices.

In May, limited partner sources told affiliate title Buyouts Insider that Linden has a $2.5 billion target for a fifth flagship buyout offering and a $3 billion hard-cap. If it meets the target, it would be among the largest funds ever raised to focus exclusively on healthcare.