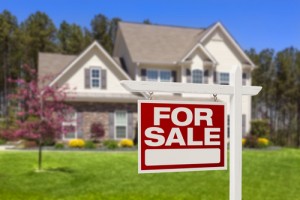 Lindsay Goldberg, which is in the market raising its fourth fund, has reportedly put First American Payment Systems up for sale again.

The private equity firm has tapped Goldman Sachs to find a buyer for the Fort Worth, Texas-based payment processor, Bloomberg News reported. First American is valued at $600 million, according to Bloomberg.

“First American is very highly leveraged, and whoever buys it needs to accept that level of debt, or refinance it or pay it down,” one banker said. The banker estimated that First American’s debt was 7x EBITDA.

First American may find a buyer since there is less deal congestion in the bigger merchant space, a second banking source said. “Sometimes when there is less supply in the market, things might turn better,” the second person said. “And the leveraged markets are better now than they were the last few times.”

The auction would be the third time in the past four years that Lindsay Goldberg has tried to sell First American. The PE firm acquired First American in 2003. In 2006, the company paid out an $80 million dividend to its PE owner, according to Thomson Reuters Loan Pricing Corp.

In 2010, Lindsay Goldberg hired Citadel to run a process for First American. The company  had about $50 million of EBITDA at that time and was seeking bids of 12x that amount, peHUB reported. A number of buyout shops, including General Atlantic, TA Associates, Bain Capital, TPG, KKR and Warburg Pincus, were believed to have put in proposals, sources said.

But all of the prospective bidders walked away after conducting due diligence. First American had unrealistic price expectations and was not worth 12x EBITDA, sources told peHUB.

Lindsay Goldberg ended up pulling the sale, and First American distributed another dividend totaling $135 million to shareholders, including Lindsay Goldberg.

Two years later, in 2012, Lindsay Goldberg hired Goldman to run another auction. The company at that time had about $80 million of EBITDA and was seeking bids of 9x, Reuters reported. That sale was apparently also pulled. First American then paid out another $115 million dividend to Lindsay Goldberg, Moody’s Investors Service said.

The current sale attempt comes as Lindsay Goldberg is out fundraising. The New York firm is seeking $4 billion for its fourth fund, a placement source said. Lindsay Goldberg’s prior fund collected $4.7 billion in 2009 and is generating a net IRR of 7 percent as of June 30, according to data from the Regents of the University of California.

Officials for First American and Lindsay Goldberg did not return calls for comment.