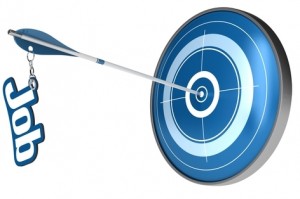 (Reuters) – LinkedIn Corp and private equity firm Silver Lake Partners are among a number of parties that have expressed interest in a potential deal for Monster Worldwide Inc, according to people familiar with the matter, as the Internet jobs-search company is preparing data for potential buyers.

Monster, which runs Monster.com and HotJobs.com Websites, said in March it has retained Stone Key Partners and Bank of America Merrill Lynch (BAC.N) to review strategic alternatives, including selling all or part of the company.

New York-based Monster has since received expressions of interest from a broad range of strategic and financial buyers, including Internet powerhouse LinkedIn and technology-focused buyout firm Silver Lake, the sources said.

The company plans to send out financial information to the interested parties by the end of next week, they said.
Shares of Monster surged 19 percent to $9.33 in afternoon trading on the New York Stock Exchange, giving it a market valuation of more than $1.1 billion.

Representatives for Monster and LinkedIn declined to comment. Silver Lake, Stone Key Partners and Bank of America had no immediate comment.

Analysts have identified several possible avenues for Monster: an outright sale; the sale of a stake or some of its territories, such as its Chinese or South Korean assets; or a leveraged buyout.

The company’s model of job ads is facing new competition from social media such as Facebook and LinkedIn, and the company said in January it would cut 7 percent of its staff, or 400 jobs.

Its technology initiatives include Power Resume Search, which makes it possible to identify workers with specific skills, and BeKnown, a way for employers to reach candidates via Facebook. That “app” could make it easier to find so-called passive job candidates who are currently employed.

Monster, which bought rival HotJobs.com in 2010, also competes with operators of specialized job sites, such as Dice Holdings Inc (DHX.N), which focuses on financial, IT and other sectors, and with hundreds of small operators.
Aggregators of listings, such as SimplyHired.com and Indeed.com, have also emerged as rivals.

Although it’s an Internet company, Monster is susceptible to the same economic forces as traditional staffing companies like ManpowerGroup (MAN.N) and Robert Half International (RHI.N). The industry has seen a recovery in U.S. demand for workers, but softer staffing markets in Europe.