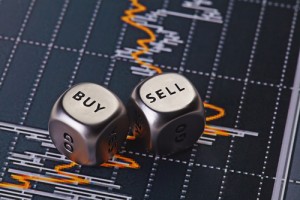 Much is being made over a bill proposed yesterday by Arizona Congressman David Schweikert that would allow the shares of small-cap companies to be quoted at 5- and 10-cent increments instead of the 1-cent standard of today.

“Since the introduction of decimalization [in 2000-01], the number of publicly traded companies has decreased by over a third,” Schweikert states. The decline has been particularly acute among small, VC-backed companies.

The argument made by Schweikert’s Spread Pricing Liquidity Act is that small-cap companies are often overlooked in the aftermarket, causing them to become illiquid, whereas “wider ticks for small-cap companies will stimulate liquidity, encourage capital formation, and grow jobs.”

Reuters columnist Felix Salmon observes that a major failing with Schweikert’s plan is that while investors could choose to buy shares at prices that are listed in multiples of 5 or 10 cents, high-frequency trading systems would continue to buy them in penny increments, potentially turning small investors into big losers. In all likelihood, notes Salmon, they’d wind up paying more for shares than their automated counterparts.

Lise Buyer, founder of the IPO advisory firm Class V Group, says Schweikert’s proposal is based on “flawed logic” and would “essentially tax the buyers of small stocks.”

A smarter solution, Buyer says, centers simply on issuers paying boutique banks a bigger chunk of underwriting fees than they see today. The reasoning: Boutique banks often make their reputations on companies that fly below the radar of their bigger banking counterparts. If smaller banks have more resources with which to cover those smaller companies, they will.

I talked with Buyer about the theory this morning. Our conversation has been edited for length and clarity.

Q: I know that book runners – the Goldmans, the JPMorgans — often take up to 85 percent of an issuer’s underwriting fees, leaving a rather small amount for other banks involved in the underwriting process to divide up. It may not seem fair, but is there an actual danger in such a fee structure?

A: First, the goal for all of us — big banks, small banks, investors —  is a healthy IPO market. Understanding how to reach that nirvana requires an understanding not only of what sellers and middlemen would like, but importantly, what the buy-side really thinks. Without interested customers, what one brings to market is irrelevant.

With that in mind, Class V Group recently surveyed [roughly] 20 major fund managers – top names you would know – about the process in 2013. One of our surprising findings was these investors’ almost universal belief that smaller, non-bookrunner banks are underpaid relative to the service they provide.

Q: And these investors care because they think if boutique banks were paid more, they’d produce more small-cap research than we’re seeing from bigger firms?

A: Bigger firms pragmatically need to focus on delivering top-quality research on the most widely owned stocks, and because even rock star analysts are limited to 24 hours each day, that inevitably means the less broadly owned stocks receive a different level of attention.

Should the smaller firms or the boutiques be paid more, they would likely have a larger research budget and could more frequently attract star analysts to focus on smaller names. Alternatively, a more historically in line — larger — share of the fees for the small firms could allow them to hire incremental analysts to provide more in-depth coverage on the smaller cap stocks.

Q: Leaving aside the possibility that the boutiques would instead pocket the extra revenue, is there any reason to think that issuers will begin to demand that the fees they pay out be more evenly distributed?

A: Here’s why the bankers couldn’t just take the larger fees home as bonuses: Without strong research, those banks don’t get a seat at the IPO table at all. While there are no promises about what the research will say or the analysts’ level of enthusiasm, the mid-sized banks are invited into the syndicate for only two reasons: their access to smaller investor accounts and the promise of focused, ongoing research. That said, there is no forcing function for this ‘share just a little bit more’ philosophy, [but] the banks’ most important customers [would like to see it]. That’s why the conversation matters.

Q: Why do you think companies of all sizes are so focused on the big brand-named banks? Is it aspirational? Are they so convinced that they’ll become big public companies that losing analyst coverage isn’t a concern?

A: First, IPOs are challenging, and there is very much a ‘no one ever got fired for buying IBM’ mentality. Many boards default to the team that worked with the last successful deal in the space and that becomes a self-perpetuating flywheel. Secondarily, there is, at least in private investor circles, a certain panache to proclaiming that your last IPO was a Goldman/Morgan deal. What is interesting, and again came out of our survey, is that making that statement is vastly more important to the sellers of IPOs than the buyers.

Q: Is there anything the smaller banks can do to convince issuers that they deserve a greater percentage of the pie when it comes to IPOs?

A: This will take time. The non-bulge bracket banks have been shouting this message from the rafters for quite some time.

Neither we nor the investors we surveyed are suggesting the bulge banks aren’t incredibly important to the IPO process. They are, they should be and they will continue to be. That said, the comments our survey revealed suggest that paying the big banks 70% of the IPO economics instead of 85% could foster a healthier aftermarket environment for new issues long after the joys of opening day.