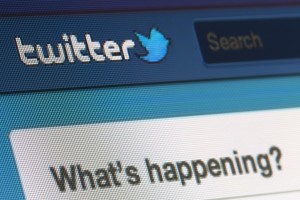 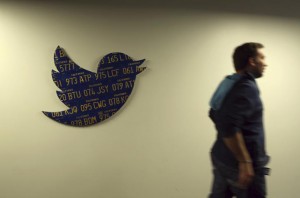 (Reuters) – When Twitter goes public in coming weeks, one of the biggest winners will be a 47-year-old financier who guards his secrecy so zealously that he employs a person to take down his Wikipedia entry and scrub his picture from the Internet.

Over the past two years, Suhail Rizvi, founder of New York private equity firm Rizvi Traverse Management, has quietly amassed a stake of more than 15 percent in the microblogging phenomenon for himself and his investors at a cost of more than $1 billion, according to three people with knowledge of his investments.

While Rizvi was known to be an investor in Twitter, the extent of his involvement had not previously been reported.

Twitter made its IPO registration documents public late Thursday, setting the stage for the most closely watched initial public offering since Facebook’s in 2012. Rizvi Traverse is listed as one of the institutional shareholders with at least a 5 percent ownership stake, but no further details were disclosed.

The shares Rizvi purchased were distributed among investors via multiple vehicles, sources said, and the size of his personal stake is not known.

People with direct knowledge of his investment activities say that Rizvi, backed by Chris Sacca, a former Google executive and Twitter investor, was instrumental in attracting large private investors to the microblogging site, serving as matchmaker between the company’s founders and global financiers from Wall Street to Riyadh.

Rizvi declined to comment for this article. Sacca, a longtime friend, gave him an entree into tech investing in 2011 – when Twitter was still struggling to make money. From there, Rizvi scored stakes in some of the most sought-after Internet startups, from Facebook Inc FB.O before it went public to Square and Flipboard.

With tech companies waiting later than ever to go public, some investors believed they may miss out on the biggest gains if they wait to buy shares in public markets, when a company’s value may no longer rise exponentially.

The son of an Iowa psychology professor, Rizvi has networked with rich and powerful people including Queen Noor of Jordan and Google Inc’s GOOG.O Larry Page and Eric Schmidt, devising financing schemes that leveraged his access to deep-pocketed investors, according to people who know Rizvi.

Those who invest with Rizvi include British billionaire Richard Branson and Jeffrey Skoll, the former eBay EBAY.O executive and film producer, according to people with knowledge of the matter. It is not clear whether they are among the investors he brought into Twitter.

Before turning his attention to the Internet, Rizvi’s deal-making focused on Hollywood. He helped Hugh Hefner take Playboy Enterprises private; bought and then sold the Hollywood film studio behind the “Twilight” series; and led the buyout of a leading talent agency, International Creative Management (ICM).

But few have operated on the scale of Rizvi. Twitter has a policy of restricting outside investors to only a handful, but Rizvi has had more freedom to bring in additional investors since he bought a large slice of the company.

“He’s not to be underestimated. His approach to traditional media as well as technology has put him in a great position,” said Jeremy Zimmer, chief executive of United Talent Agency, a competitor of ICM. “His ICM investment was viable and gave him a seat at the table and a chance to make a sound investment in Twitter.”

In late 2010, Sacca approached Rizvi with an offer: Sacca’s friend Evan Williams had stepped down as CEO of Twitter and was seeking to sell 10 percent of the company. Rizvi soon snapped up the shares for $340 million, according to people familiar with the matter.

Following that first transaction, the two men formed a highly efficient tag team, the sources said. Sacca would seek shareholders who wanted to cash out, while Rizvi helped raise money to purchase the stock.

JPMorgan Chase and representatives for Alwaleed did not respond to requests for comment on the deal.

By mid-2013, investment vehicles managed by Rizvi and Sacca had collectively bought more than $1 billion in shares, a stake that at one point amounted to nearly 20 percent of Twitter before it was diluted in recent months, sources said.

Rizvi’s Twitter connections opened the doors to other investing opportunities. Last year, Rizvi led a $200 million investment in Square, the mobile-payment processing company founded by Twitter co-founder Jack Dorsey, at a $3.25 billion valuation. On Sept. 24, Rizvi led a $50 million financing round for the news reader app Flipboard, whose founder, Mike McCue, once sat on Twitter’s board.

But he has not always gotten his way in Silicon Valley. Although Rizvi indirectly owns some shares of Pinterest, Rizvi failed to purchase a significant stake when the online scrapboard site raised $100 million in 2012 and $200 million this year. It was unclear what stymied his attempts.

“He fought tooth and nail for an allocation” but failed, an angel investor in Pinterest recalled. “He was willing to pay.”

It also remains unclear whether Rizvi’s Internet investments other than Twitter will pan out. Some industry insiders note that he missed out on the huge gains that were made with very early investments in social media, and companies including Square and Flipboard remain unproven. Rizvi was able to buy only $100 million in Facebook shortly before its IPO, thus limiting his returns, according to people with knowledge of the matter.

FROM IOWA FALLS TO SILICON VALLEY

Rizvi, who owns a sprawling three-home compound in Greenwich, Connecticut, and a 1.65-acre Palm Beach, Florida, estate near Bill Gates and Michael Bloomberg, was born in India but moved to Iowa Falls, a town of 5,200 people, when he was five.

Along with his older brother Ashraf, a hedge fund manager, Rizvi graduated from the University of Pennsylvania’s Wharton business school. Both now serve on the undergraduate school’s executive board.

Rizvi worked as a real estate analyst while at Wharton, then he started and sold a telecom company. With the proceeds, he financed his first big buyout in 1995, when he bought the electronic manufacturing business of a Puerto Rico phone company. Refocusing it on making higher-cost equipment, he spent the next four years boosting the company’s annual revenue from $10 million to $450 million.

He did not break into the elite circles of media investing until 2004, after he founded Rizvi Traverse with John Giampetroni, a New York private equity investor.

In 2005 the ICM talent agency, which represented stars like Mel Gibson and Robert Redford, was looking for financing as it struggled with the defection of key agents and stars.

Rizvi took a controlling stake in ICM for $100 million, including $95 million in debt financing from Merrill Lynch & Co, according to a person with knowledge of the deal. Rizvi Traverse put up just $5 million. Later, he refinanced the agency for $300 million against future revenue from assets like “Friends,” the popular show in which ICM holds a stake.

That $300 million was enough to repay Merrill Lynch and provide a hefty return for Rizvi and his partners.

ELUSIVE ON THE WEB

Even as Rizvi’s circles have broadened, he has continued to keep a low profile, both in his personal style – sometimes flying commercial, one Hollywood executive said – and in his hands-off approach to tech investing. Despite bringing capital, he has not taken a board seat at Twitter, Square or Flipboard.

Rizvi’s trusted lieutenant, Ben Kohn, has instead been the face of the firm on the West Coast, several entertainment industry executives said. Known for an aggressive negotiating style that contrasts with Rizvi’s more reserved stance, Kohn manages a dozen employees out of a small office in Los Angeles.

But while Nevo is now easy to find online, Rizvi maintains an elusive Web presence. The only readily found picture of Rizvi is a snapshot of him sitting with Twitter CEO Dick Costolo and Alwaleed in a New York hotel after the prince bought Twitter shares.

The photo, on a Saudi news outlet, had irked Twitter executives and Rizvi, as they had preferred to keep the transaction quiet.

Photo: An employee walks past a Twitter logo made from Californian license plates at the company’s headquarters in San Francisco, California October 4, 2013. REUTERS/Robert Galbraith