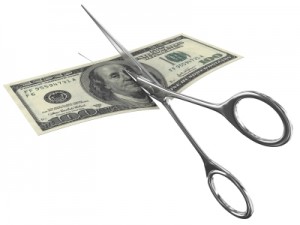 An investor in Livescribe as of March 31 had written down its Series C investment by 67 percent in a possible sign of waning investor enthusiasm for the maker of gee-whiz, audio-recording pens.

Keating Capital, a Greenwood Village, Colo.-based business development company traded on Nasdaq under the symbol KIPO, had invested $569,316 in Livescribe as of March 31 as part of an ongoing Series C financing that started in July 2010 (see table below). The company valued that investment at $187,988, according to a 10Q filed in early May.

It is unclear to us why Keating Capital wrote down the investment, other than that was the “fair value determination” made by its board. Trevor Chaplick, a partner at Proskauer Rose LLP, said he thought the write-down may suggest the company raised money at a lower valuation from its most recent round—possibly due to flagging investor interest—giving the board an objective basis for a write-down. It would be inappropriate to infer anything about the company’s actual financial performance from this, he said.

All told Livescribe has raised more than $100 million in venture capital since its founding about five years ago, according to the company. Backers, in addition to Keating Capital, include Aeris Capital, Crosslink Capital, Lionhart Investments Ltd., Presidio Ventures, Qualcomm, Scale Venture Partners, TransLink Capital and Vantage Point Venture Partners. VantagePoint has invested the most in Livescribe of all VCs, including as participant in its Series A round, according to Thomson Reuters. We were unable to reach any of the VCs involved for comment.

Based in Oakland, California, Livescribe is the developer of so-called “smartpens” that let you record audio as you take notes on special paper, then later tap on your notes to listen to the corresponding audio. Apps let you do such nifty things as play back notes in a foreign language. The pens start at $119, according to the company’s site. A spokeswoman for the company wrote in an email that she didn’t believe the company had anything to share that would help with this article.

In an era of increasingly capable smartphones, Livescribe is undoubtedly doing what it can to remain relevant. Still, bad omens abound. As tech users have increasingly incorporated ancillary gadgets and apps into their mobile devices, there have been more competitors (like Palm) that failed to keep pace with competitors. And it doesn’t necessarily bode well that Livescribe took on new leadership earlier this year when HP veteran Gilles Bouchard replaced Jim Marggraff.

Of that Series C-2 round Keating Capital wrote in its 10Q that the proceeds “are intended to provide additional working capital for Livescribe to continue its operations through 2012, although there are no assurances that Livescribe will have sufficient capital to operate through 2012 and it is possible that certain significant investors may decide not to fund their remaining Series C-2 commitments.”

The 10Q also noted that had Keating Capital not funded its share of the Series C-2 round its “convertible preferred stock would have been converted into common stock at an unfavorable rate compared to the existing conversion rate, and we would have lost any liquation [sic] preference or other rights and privileges otherwise applicable to our Series C preferred stock.”

Keating Capital, which has been investing in pre-IPO companies since January 2010, as of early June had invested $58 million in 19 portfolio companies, including $22.1 million year to date. That makes its exposure to Livescribe fairly limited. One of Keating Capital’s latest deals: a $3.5 million investment in Stoke Inc., a designer and maker of equipment for mobile networks. Kleiner Perkins Caufield & Byers, Sequoia Capital and Docomo Capital are also backers.

peHUB editor Jonathan Marino is the co-author of this story