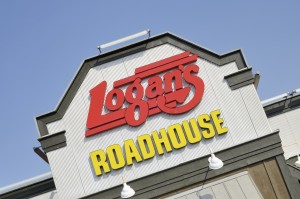 Logan’s Roadhouse Inc may default on payments for its $366 million debt as the restaurant chain backed by Kelso & Co faces a drop in foot traffic, lower revenue and wider losses, according to Standard & Poor’s Ratings Services and company filings.

The Nashville-based operator of 235 company-owned and 26 franchised restaurants in 23 states said March 28 it’s in discussions with stakeholders to consider strategic alternatives to reduce its debt and improve liquidity. The company delayed its latest financial updates to evaluate options.

S&P analyst Adam Melvin placed the company’s debt ratings on CreditWatch for possible downgrade and revised its liquidity assessment to weak from less than adequate.

“The company is likely to default again in the coming months, absent an unexpected source of liquidity,” Melvin said in a research note. “Performance trends have been poor, as restaurant traffic has declined for the past three years, while Ebitda has remained weak.”

S&P lowered its corporate rating on the company to CCC- from CCC+. The CCC rating means the company is currently vulnerable and dependent on favorable business, financial and economic conditions to meet financial commitments, according to ratings definitions.

The debt-research firm said the company’s recovery rating is 4, which means it expects an average 30 percent to 50 percent recovery for debtholders in the event of a default.

In its most recent financial update, Logan’s reported revenue of $131.3 million for the three months ended October 28, down almost 10 percent from $145.7 million in the year-earlier period. Its net loss widened to $24.4 million from $13 million.

Kelso & Co bought LRI Holdings Inc, the parent of Logan’s Roadhouse, in 2010 in a deal that included $353.9 million cash in exchange for all its common stock, along with a $239 million equity contribution, according to a filing. The company had faced default back in 2014, according to a report.

A spokeswoman from Kelso did not return a phone call.