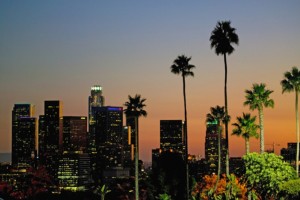 The Los Angeles City Employees’ Retirement System has chosen American Securities, one of its existing fund managers, for a $30 million commitment to a vehicle focused on distressed debt investments.

American Securities, the New York-based mid-market buyout shop that traces its heritage back to the fortune of a Sears Roebuck & Co. heir, launched its third “Opportunities Fund” earlier this year. Fund III is targeting $750 million with a $1 billion hard-cap. The firm has collected at least $463 million for the fund, according to a filing with the Securities and Exchange Commission earlier this month.

Fund III is earmarked for debt investments in companies with revenues between $100 million and $1.5 billion. American Securities plans to build a portfolio of 30 to 40 positions, investing $20 million to $100 million at a time, according to pension documents obtained by peHUB.

LACERS already is a fan of American Securities. The roughly $12 billion system previously committed $20 million to American Securities Opportunities Fund II, which the system said has produced an internal rate of return of 13.99 percent as of 31 March, 2013, according to the documents. Fund II closed on about $753 million in 2011 (though it is a 2010 vintage). American Securities declined to comment.

The LACERS documents lay out some interesting details about the proposed terms of the vehicle:

LACERS, meanwhile, has narrowed its search for a private equity consultant. The board began the search in January, and chose three semi-finalists: Hamilton Lane (the system’s current private equity consultant), StepStone Group and Portfolio Advisors. Staff recommended at this week’s board meeting narrowing the choice to two finalists–Portfolio Advisors and Hamilton Lane. It’s not clear if the board heeded that recommendation.