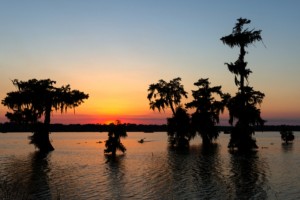 Many U.S. public pensions have shied away from venture capital in recent years as overall returns during the past decade have not impressed.

A recent survey of institutional investors from Probitas Partners revealed interest in U.S. venture capital has fallen significantly from 2007, with only 15 percent of respondents reporting they will be targeting the asset class in 2014, ranking its 15th amongst all strategies featured in survey. In 2007, 34 percent of respondents said they were targeting venture capital.

However, one significant public system, the Teachers’ Retirement System of Louisiana, is trying a creative way to build up its exposure to venture capital.

The system, which manages about $15.7 billion, has allocated $50 million to Hamilton Lane for a venture capital-focused separate account.

“This will give us a more efficient way of pursuing opportunities (in top tier venture funds),” Maurice Coleman, director of private markets at Louisiana Teachers’, told me in a recent interview.

The best performing venture managers can be tough to access for public systems with no prior relationship, especially as they many times have lightning-quick fundraisings. These managers have loyal limited partner bases and so getting into their funds as a new investor can be tough.

Louisiana Teachers’ does have an existing venture portfolio and has a target allocation to the asset class of 2 percent. The current allocation, according to a presentation from Hamilton Lane, sits at .5 percent. The current portfolio consists of investments through two legacy funds of funds – $100 million to Horsley Bridge VII, a 2000 vintage, and $50 million to Special Private Equity, also a 2000 vintage.

The system also has $10 million to Louisiana Fund I, a 2004 vintage, and two recent growth equity commitments — $25 million to Insight Venture Partners VII and $50 million to Technology Crossover Ventures VIII.

Hamilton Lane advised that at its current pace, the system was not likely to achieve its 2 percent venture allocation to top-tier VC investments, according to the presentation.