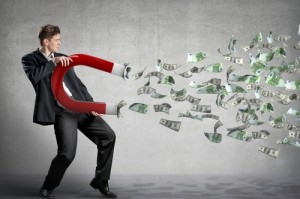 The PE firm is seeking $550 million for Fund IV, although the pool does not have a hard cap and Lovell is not using a placement agent, the sources said.

The firm is seeking a first close by the end of March and hopes to wrap up fundraising by the summer.

With offices in Los Angeles and Philadelphia, Lovell Minnick focuses on the financial services industry. The firm typically invests between $20 million to $80 million of equity per deal, according to its website.

Fund IV is targeting more than Lovell’s third fund, which closed at $450 million in 2010.

Lovell’s third fund was affected by the financial crisis of 2009, one LP said. Much of Fund III was raised by the time of the pool’s final close in 2010 and deployment was slow.

“There was not a lot getting done from 2008 to 2009,” the source said. “It was a difficult time to make investments. They were very cautious and it paid off.”

The firm scored some notable realizations in 2013.

In June, Lovell Minnick sold First Allied to RCAP Holdings for an undisclosed sum. In May, the firm took TriState Capital Bank public in an IPO that raised $66 million. (Lovell, which owned nearly 22 percent before the IPO, did not sell shares in the TriState offering, according to SEC filings. It’s not clear how much of TriState it still owns.)

Fund III is generating a net IRR of 12 percent as of Dec. 31, the sources said.

Lovell last year completed the sale of Duff & Phelps to a group led by The Carlyle Group for about $665.5 million.  In February, the firm exited PlanMember Financial, a provider of retirement services. And, in 2012, Lovell sold its 45 percent holding in ClariVest Asset Management to Eagle Asset Management.

Fund II is producing a net IRR of 13.5 percent, the sources said.