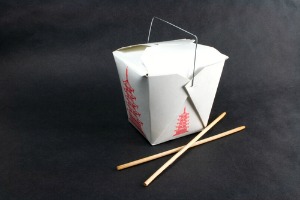 Come on over, private equity! I don’t know the translation for that phrase, but that’s what China is telling US and other investors, inviting them to pile into an economy that is flourishing. Or, so they say.

The LP capital has come rolling in, though, fund after fund. After fully investing its first $1 billion Asia fund, Bain Capital went back to market this summer, according to one report, to reel in $2.3 billion as of mid-summer. KKR is targeting $6 billion for its second fund for China and Carlyle Group—not shy in deploying capital as of late—is in the process of bringing in a $3.5 billion fourth dedicated vehicle. Even Yao Ming is getting into the PE game (remember the last time he was a ‘sure thing?’).

At a time when billions of investor dollars are being plowed into China, how its economy will continue its impressive trajectory isn’t clear. If Chinese policymakers disappoint, GPs and LPs alike will be far more disappointed. Lately, some negative indicators have come into focus for investors.

In part thanks to aggressive researching by the Muddy Waters muckrakers, it is increasingly tougher for Chinese funds to score an exit via public markets—US investors are spooked, in some cases, or burned worse than Facebook buyers, in others.

The poor IPO market has pushed PE firms toward more M&A—this summer, mergers and acquisitions activity blew past $6 billion as of early August, according to Thomson Reuters data, marking the highest levels for Chinese dealmaking in five years. And private equity firms are already holding assets longer in hopes of a successful exit.

Hopefully, GPs can illustrate another five-year plan to LPs for how they’ll maintain this pace, because without it, PE firms’ prospects there will be muddied, to say the least.

It isn’t just private equity; there are new VCs and new funds popping up in China—although, it is tougher for them to score in the IPO market, too. The impact of the Muddy Waters reports had already reverberated around the VC community by early 2012, and over the first half of the year, VCs’ deal activity plummeted.

Right now, it seems, LPs who continue to push capital into China are also trying to handicap the global policy game. General partners loading up multi-billion dollar funds are doing the same, but with less skin in the game.

It remains unclear if China still possesses the will or the ability to manipulate its currency and shock its economy back up to a roaring pace, as it comes increasingly closer to missing growth targets for the first time in four years. Manufacturing there is already sliding and at a time when the country needs capital to fuel its growth, China has gone to great lengths to encourage investment domestically and by foreign players—something that it had been reluctant to do in past decades.

It also remains to be seen how the final chapters of storied careers like Kravis, Rubenstein and Yao will be written. Chances are, for most, each of these three players in the Chinese PE game will be better-known for what they did prior to 2012. Except, perhaps, how they will be remembered by LPs whose feelings toward them grew strong as China grew weak.