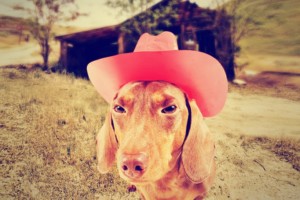 Sponsors who get caught improperly charging fees to portfolio companies, and who think the issue will stay between them and the US. Securities and Exchange Commission, could be in for a big surprise.

More limited partners as part of fund due diligence are asking to see “deficiency” letters issued to sponsors by the SEC that outline problems they must fix. The letters often follow the SEC’s “presence exams,” intensive reviews that focus on marketing, portfolio management, conflicts of interest, safety of client assets and valuation methods, according to a 2012 SEC letter sent to newly registered investment advisers.

“LPs are increasingly asking for more diligence information, (deficiency letters) being part of that,” said Andrea Kramer, managing director at private markets asset manager Hamilton Lane. “My view is that if you don’t have that information, it’s really hard to make a decision” on a manager.

Another LP told me: “I am certain more LPs will ask for this as it becomes more routine to have GPs audited by the SEC periodically.”

The industry has been buzzing this week about a Bloomberg article that said that out of about 400 private equity firms the SEC had examined, more than half were inflating fees and expenses charged to portfolio companies.

Deficiency letters would be a good way for LPs to figure out if their managers have been doing this, sources told peHUB. However, some LPs asking for the letters have been getting pushback, sources said.

In fact, whether LPs have a right to view the deficiency letters could depend on how reporting provisions are drafted in limited partner agreements and the information rights investors have negotiated in side letters, according to Kerry Burke, a partner in the corporate and securities practice at law firm Covington & Burling LLP. LPA and side letter provisions “could be drafted broadly enough to obligate the fund to share a findings letter with investors, particularly if the letter contained findings that arguably would be material to the fund,” Burke said.

One source who asks to see deficiency letters has only seen one so far. That letter contained information that the GP was not disclosing enough about fees it charged portfolio companies upon exiting them, the source said.

The SEC’s Office of Compliance Inspections and Examinations sends the letters, which can take two forms. The sponsors may receive a letter indicating the examination was completed without any findings (or a ‘no further action’ letter); or they may get a deficiency letter that describes issues the agency wants corrected. In this case, the SEC also requires a written response detailing the corrective actions to be taken, according to the SEC’s website.

In situations involving serious issues, the SEC could, along with sending the deficiency letter, refer the matter to its enforcement arm, a state regulatory agency or other regulators for possible action.

The examination process in the private equity industry is a new one for most firms. Most sponsors were required to register with the SEC by June 2012 as part of the 2010 Dodd-Frank financial reform law (some firms registered voluntarily before it was mandated.)

It’s not clear how many firms have gone through an SEC exam; the agency declined to comment. The SEC appears to be putting more resources into its efforts around private equity, according to a recent article from sister news service Reuters.

Given that the SEC has apparently found a trove of questionable behavior, that is not a big surprise.