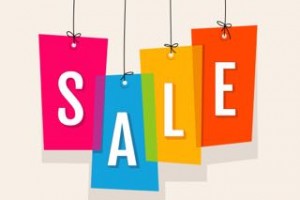 The LSE has sent out more than 50 books — some say as many as 70 — to potential bidders in the Russell Investments auction, the sources said. First-round bids are due in early April, said one of the persons, a private equity executive.

“This will be a free for all,” a banker said. “It will be wild. People in China and Japan got books.”

The LSE said in February that it had tapped JP Morgan and Goldman Sachs to run the Russell auction. Seattle-based Russell has $275.09 billion in assets under management as of Sept. 30. Russell Investments produces $125 million EBITDA and has been expected to fetch from $1.3 billion to $1.4 billion, peHUB has reported.

Those price expectations have dropped, the banker and PE source said. Russell is now expected to sell for $800 million to $1 billion, they said.  “This is an 8x kind of company,” the banker said.

But a different source said the lowered valuations were off.

Last year, Northwestern Mutual Life Insurance Co. put Frank Russell Co., including the investment management and index businesses, up for sale. The Russell sale was limited to large buyout shops, peHUB reported. The LSE, which mainly wanted Russell’s large index business, in June beat out a handful of PE firms and bidders such as the Canadian Imperial Bank of Commerce to buy the company, Reuters said. The LSE said in February it would sell Russell Investments, the asset management unit of Frank Russell Co., after receiving expressions of interest, Reuters said

A London Stock Exchange spokesman declined to comment beyond the February announcement. Executives for Genstar, J.P. Morgan, FFL, Thoma Bravo, TPG and Warburg declined to comment. Spokespersons for Carlyle, FFL, KKR, Stone Point and TA could not immediately be reached for comment.