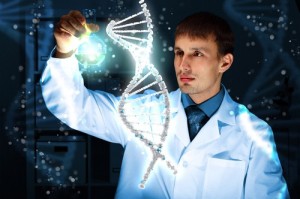 Canadian venture capital firm Lumira Capital has led a $13.25 million financing of enGene Inc., a biopharmaceuticals company focused on nucleotide-based therapeutics. The investment was undertaken via Lumira’s Merck Lumira Biosciences Fund. As a result, enGene will relocate its headquarters to Montréal, where it will leverage local infrastructure, build operations and execute its business plan. Lumira in 2012 closed Lumira Capital II and the Merck fund, a partnership with Merck Canada.

TORONTO, ONTARIO–(Marketwired – Aug. 2, 2013) – enGene Inc., a pre-clinical stage biopharmaceutical company developing a platform technology for the robust delivery of nucleotides (DNA or RNA) to the gut, announced today that it has completed an initial closing of a $13.25 million financing led by Lumira Capital via investment from its Merck Lumira Biosciences Fund. enGene’s technology platform enables the delivery of a wide variety of nucleotide-based therapeutics to the gastrointestinal epithelium and as a result it is able to address significant unmet medical needs in several prevalent autoimmune and metabolic diseases. enGene is applying its proprietary technology to target and localize delivery of immune-modulating biologics to the intestine and has demonstrated efficacy as a mucosal immunotherapy in several animal models for autoimmune diseases including, inflammatory bowel disease (IBD) and Type 1 diabetes. The Company’s initial focus is to target IBD through concentrated delivery of interleukin-10 to the colon.

Commenting on the investment, Lumira Managing Director Dr. Brian Underdown noted “The unmet need for patients with autoimmune diseases, coupled with enGene’s ability to target therapies to the gastrointestinal tract, makes this new partnership with enGene an exciting opportunity. Investment from the Merck-Lumira Biosciences Fund, will enable enGene to relocate its headquarters to Montreal, Quebec were it will be able to leverage the local infrastructure to continue to build its operations and execute its current business plan. With this new capital and Lumira’s expertise, we are confident that we can progress quickly into a clinical stage entity”, said Dr. Anthony Cheung, CEO of enGene. “This is an exciting phase in the company’s history and we believe we are well positioned for an outstanding future. This financing is targeted to provide the resources to ensure that we can advance the development of our platform technology to achieve several key value-defining milestones, including: initiation and complete a first-in-man clinical trial for our technology in subjects with ulcerative colitis; formulation of our gut-optimized gene delivery system for oral administration; and expansion of the platform to target other autoimmune and metabolic disorders”, said Dr. Anthony Cheung, CEO of enGene.”

Lumira Capital is a leading life sciences and healthcare venture capital firm, with offices in Toronto, Montreal, and Boston. The firm is focused on partnering with entrepreneurial management teams and other leading venture capital and corporate investors to build best-in-class, innovation centric life sciences companies that are seeking meet significant needs in the global landscape. Lumira closed two new funds in March 2012, Lumira Capital II and the Merck Lumira Biosciences Fund. Lumira is the Canadian Venture Capital and Private Equity Associations’ 2013 venture capital deal of the year award winner for its realized investment in KAI Pharmaceuticals