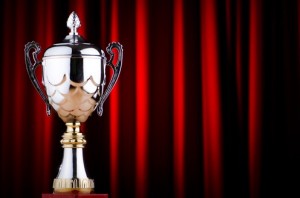 Life sciences-focused venture capital firm Lumira Capital received the 2013 “Deal of the Year” award in the venture capital category from Canada’s Venture Capital & Private Equity Association. The firm won for its return on  investment in KAI Pharmaceuticals Inc. The San Francisco-based bio-pharmaceuticals company was acquired last year by Amgen Inc. for US$315 million. Lumira’s IRR on the KAI investment was 21% and the multiple of capital on its original investment was 3.9 times (current) and 4.2 times (final based on escrow release).

TORONTO: CVCA, Canada’s Venture Capital & Private Equity Association, is pleased to announce that Lumira Capital is the recipient of CVCA’s 2013 ‘Deal of the Year’ Award for the venture capital category.

Established in 1998, the purpose of the CVCA’s ‘Deal of the Year’ Award competition is to promote, highlight and celebrate the achievements of CVCA members who have had outstanding investment successes. The selection process focused on CVCA members with the most significant investment return realized primarily during calendar 2012, from January 1, 2012 to December 31, 2012. The CVCA celebrates two annual Deal of the Year’ awards”, one for venture capital and another for private equity.

“It is my pleasure to announce that Lumira Capital has won this year’s venture capital category award for their successful realization of KAI Pharmaceuticals,” said Sandra Bosela, Chair of CVCA’s Awards Committee and Managing Director, OPTrust Private Markets Group. “It was a bit of an unusual situation this year as Lumira Capital had two investments with very similar returns. While the other investment realization, U-Systems which was acquired by GE Healthcare, had a higher internal rate of return (27%), we thought that what really mattered was the multiple of capital returned to Lumira Capital’s limited partners, and on that score, KAI won.”

“Lumira Capital and a group of other institutional investors, including InterWest Partners, Skyline Ventures, Delphi Ventures, and Intersouth Partners, invested a total of US$63 million in KAI Pharmaceuticals through their participation in both the Series A and Series B rounds of financing. In July 2012, KAI Pharmaceuticals was acquired by Amgen Inc. for US$315 million. On its US$6.4 million investment, Lumira Capital has realized proceeds of US$25 million to date, with additional proceeds to come out of escrow in July 2013. Lumira Capital’s internal rate of return on the investment was 21% and the multiple of capital on its original investment was 3.9 times (current) and 4.2 times (final based on escrow release),” said Ms. Bosela.

The honour was accepted by Dr. Benjamin Rovinski, a Managing Director of Lumira Capital, at the CVCA’s Annual Conference in Banff, Alberta on Thursday, May 23, 2013. Commenting on the transaction, Dr. Rovinski noted, “This was truly a team effort with numerous members of our team involved at various points in the life cycle of the investment. As is often the case, success here was not a linear road, and management and the investors had to work through a number of ups and downs before achieving this successful exit. The Phase II clinical data from KAI-4169 was very good and that is ultimately what drove Amgen’s acquisition interest, as well as interest from other potential acquirers. This deal exemplifies one of the very rewarding things about what we do, namely that we can generate strong returns for our limited partners, while also developing products that fundamentally improve people’s lives – in our view it is truly the very best kind of double bottom line investing. In addition, we were quickly able to leverage what we learned in helping to build KAI back into our home market via our recent participation in the $35 million financing for Thrasos Therapeutics, a Montréal-based company that is also developing products for patients suffering from kidney disease.”

About KAI Pharmaceuticals
At the time of its acquisition KAI was a clinical-stage, biopharmaceutical company. KAI’s lead product candidate, KAI-4169, is a novel agent being initially studied for the treatment of secondaryhyperparathyroidism (SHPT) in patients with chronic kidney disease (CKD) who are on dialysis. SHPT, a component of CKD mineral and bone disorder (MBD), is a common and serious complication for patients with CKD who are on dialysis. Building on positive, earlier-stage clinical data, KAI initiated its second Phase 2 study of KAI-4169 in CKD patients on dialysis. Further, in September 2011, KAI entered into a partnership with Ono Pharmaceutical Co., Ltd. wherein Ono will develop and commercialize KAI-4169 in Japan. KAI which is based in San Francisco, California is now part of Thousand Oaks, California based Amgen. www.amgen.com

Message From the Chair of CVCA Award’s Committee
“I’d like to congratulate our ‘Deal of the Year’ venture capital Award winner, Lumira Capital, who, along with a deeply experienced investment syndicate and an outstanding management team, was able to build KAI Pharmaceuticals into a successful company and ultimately a desirable acquisition target for a market-leading company such as Amgen,” said Sandra Bosela. “This transaction truly highlights the role and value of venture capital as dedicated, experienced, and highly motivated venture partners, taking a long term perspective on both company and value creation and working closely with management to achieve that success. It also highlights the emergence of Canadian venture investors as best-in-class investors who are successfully competing around the world and then leveraging those insights and relationships back at home in Canada,” said Sandra Bosela.