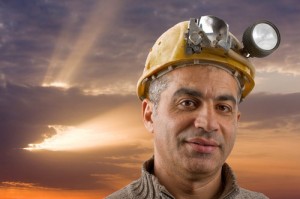 Canadian capital pool company Lynnwood Capital Inc. has entered into an agreement to buy Tantalex Corp. Under the terms of the agreement, Tantalex shareholders will receive one Lynnwood share for each Tantalex share held. The proposed management of Tantalex following the completion of the transaction will include senior representatives of Charbone Buckell, a mining-focused private equity firm with offices in Montréal and Eysins, Switzerland.

Lynnwood Capital Inc. (“Lynnwood”) , a capital pool company as defined under Policy 2.4 of the TSX Venture Exchange (the “TSXV”), is pleased to announce that it has entered into an agreement (the “Revised Letter Agreement”) dated March 18, 2013 and executed March 20, 2013 for the arm’s length acquisition of 100% of the common shares (the “Tantalex Shares”) of Tantalex Corporation (“Tantalex”). The Revised Letter Agreement supersedes and replaces the letter agreement (the “Letter Agreement”) dated May 9, 2012 between Lynnwood and Tantalex, previously announced on May 9, 2012, June 11, 2012, July 9, 2012 and October 4, 2012, which was meant to qualify as Lynnwood’s “qualifying transaction” as defined by the TSXV.

About the Proposed Transaction

The Amalgamation is an arm’s length transaction and therefore is not a related party transaction.

Following completion of the Amalgamation, the Amalgamated Corporation will be a wholly owned subsidiary of Lynnwood. The parties also agreed that, subject to Exchange approval, a finder’s fee of $65,000 will be payable to Eosphoros Asset Management Incorporated in connection with the Amalgamation.

After giving effect to the Amalgamation, it is expected that Lynnwood will carry on business under the name “Tantalex Resources Inc.” (or such other name as may be acceptable to applicable authorities) and the Lynnwood Shares are expected to be listed on the CNSX under a new trading symbol.

The net proceeds from the Private Placement will be used to finance Tantalex’s expenditures on its mineral properties and for general working capital.

The proposed management of Tantalex following the completion of the Amalgamation will be as follows:

Dave Gagnon is currently the Chief Executive Officer of Tantalex and Chairman of Charbone Buckell ltd., a private equity firm focusing on mining investments. Mr. Gagnon began his career in 1981, developing international opportunities for a family business in the resources sector. In 1998, he put forward a partnership to develop internal markets with Expordev, a subsidiary of the Caisse de depot et placement du Quebec, and the participation of Bombardier Inc., SNC Lavalin Inc., Telesystems Inc., Bronterra and Export Development Canada (EDC). In 2000, Mr. Gagnon decided to focus its efforts on sustainable development and, more specifically, wind energy. Mr. Gagnon was the founder and Chief Executive Officer of AAER Inc. a public issuer involved in the renewable energy sector, prior to his involvement with Tantalex.

Jean-Robert Pronovost is currently the Chief Financial Officer of Tantalex and Managing Partner at Charbone Buckell ltd., a private equity firm focusing on mining investments. Before his involvement with Tantalex, Mr. Pronovost was a partner and co-founder of Cape Partners, a private equity advisory firm, and IUGO Capital, a family office venture capital firm with investments in Canada, the United States and Europe. Mr. Pronovost was responsible for direct investments, strategic divestitures as well as restructurings and acted as a board member of several portfolio companies. Previously, Mr. Pronovost spent four years at Credit Suisse First Boston advising on large mergers and acquisitions and executing public and private financings for Canadian and foreign corporate clients. He also worked six years at various positions at the Caisse de Depot et Placement du Quebec where he elaborated investment allocation strategies and securitization vehicles for alternative assets. He began his career at British Telecom as a financial analyst. Mr. Pronovost has a degree in economics and finance from Laval University and an MBA from UQAM.

Mr. Lebeuf’s legal practice is focused on securities, particularly in the area of natural resources, institutional financing, corporate finance, as well as public and private mergers and acquisitions. He represents public corporations, securities brokers, purchasers, sellers, bankers and financial advisors, and he provides strategic advice with respect to access to public capital markets and securities matters, including

structured products. Mr. Lebeuf has acted as counsel to international dealers in several offerings in the Eurobond international debt market, public and private corporations in various mergers and acquisitions, and issuers and underwriters in the context of public offerings and private placements in Canada, Europe, South America and North Africa. Has been involved, over the past two years, in many mining projects in Africa (Congo ROC and DRC), Ethiopia, Angola, etc. and is regularly contacted by mining promoters, mining companies and investment banking firms wanting to put together mining projects in these countries. He has expertise in corporate reorganizations, public and private divestitures, and institutional financing, and he regularly provides counsel to financial institutions regarding security requirements and the drafting of documents pertaining to enforcement proceedings.

Mr. Dziengue serves as Executive Vice President, African Operations for Tantalex. Mr. Dziengue started his career with Carpentier and Associates, an investment advisory firm specializing in business development in developing countries. He then founded his own advisory firm, Ryn Consulting, based in Brazzaville, Republic of Congo, with representative offices in Paris, Luxembourg and Libreville, and has been advising Western corporations on investments and business development specifically in Africa for the last ten years. He is also the owner of commercial businesses in the Paris region. Mr. Dziengue completed a DEA (Diplome d’Etudes Approfondies) in International Relations at the Institute of political studies of Bucharest, Romania.

The information in this press release related to Tantalex, its business and the proposed management of Lynnwood following the completion of the Amalgamation was provided to Lynnwood by Tantalex.

The information in this news release includes certain information and statements about management’s view of future events, expectations, plans and prospects that constitute forward looking statements. These statements are based upon assumptions that are subject to significant risks and uncertainties. Because of these risks and uncertainties and as a result of a variety of factors, the actual results, expectations, achievements or performance may differ materially from those anticipated and indicated by these