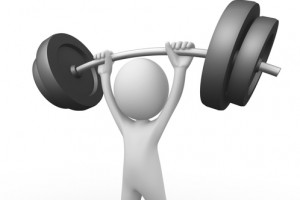 The deal market may be slow, but valuations in the industrials sector are hot.

That was the takeaway at Houlihan Lokey’s global industrials conference last week. “Usually we see more activity from corporates moving out of noncore assets,” said Tim Walsh, a managing director at CCMP. “We’ve seen a lot less activity from strategics. There are more net buyers than net sellers.”

Oliver Ewald, an MD with the Audax Group, likened the industrial sector right now to a “lopsided barbell” with one end comprised of “quality assets” that produce very competitive processes and go for full prices. On the other end are a “whole host of processes that are trying to tag along,” he said.

The execs were speaking on the panel “Recent Trends in the Industrials Sector: Mergers & Acqusitions in a Global Marketplace.” According to Houlihan, the value of industrial deals increased by 5% in the first quarter. There were 1,490 deals in Q1 totaling $123 billion. This is up from the first quarter of 2011 when 1,578 deals were valued at $117 billion, Houlihan said.

Jeanne Quirk, VP of M&A at TE Connectivity (which was formerly known as Tyco Electronics), said that the deal market is very competitive. “If you want a good business, you will pay for it,” she said. Quirk pointed to TE Connectivity’s recent acquisition of Deutsch Group SAS from Wendel. TE paid about $2.06 billion for the unit, which Quirk said was more typical of a 2007 price. She later told me on the sidelines that TE bought Deutsch Group for 11x.

Jim Lavelle, co-head of Houlihan’s industrials group, said deal volumes are showing good activity but not extraordinary levels. “Tax changes are not creating as much M&A sellside activity as one may have anticipated, but more dividend recaps opportunities for sure,” he said in an emailed response to questions.