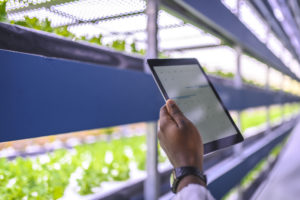 Grata, with a fresh influx of $3.2 million in seed capital, is the latest example of how deal makers are enabling themselves with tech tools to improve the sourcing or diligence process.

According to a report by Datasite, an SaaS provider for the M&A market, 72 percent of 507 PE dealmakers surveyed globally see due diligence as the most time-consuming stage of M&A. Company search tools like Grata, which help PE investors find private companies based on their deal thesis, can help.

“A lot of investors are going after themes,” and Grata allows investors to do that, Nevin Raj, co-founder and COO of the search engine said.

It’s often difficult for investors to identify businesses fitting specific categories – for example, organic food distribution – because most tools out there focus on financials of a company, he said, referencing players such as Morningstar’s PitchBook and S&P’s Capital IQ.

Grata’s algorithm sources data from company websites and interprets text on the site just like an investor would. It constantly updates this knowledge based on user’s interaction with the platform: “It’s like a feedback loop,” explained Raj, who comes from the PE world and most recently executed deals for Riverside Partners.

With the new seed capital, Grata intends to grow its database to include all US businesses. Today Grata holds information on 70 percent of all US companies.

In addition, the company plans to extend services to recruiters and headhunters. “Company job postings has been a great data point,” Raj said. “It  points investors to businesses that are investing capital in recruiting and also allows us to go into the head-hunting space.”

Grata began seeking an investment sometime in April and completed the financing round in July. “Bootstrapping a company is challenging, so we decided to raise in the thick of covid-19,” Raj said. “We didn’t meet most of the investors; we did a lot of Zoom calls.”

The New York-based SaaS platform’s financing was led by Bling Capital. Two other venture funds – Accomplice and Alumni Ventures group – along with former execs of big banks and advisors participated in the funding.

Founded in 2016, Grata first launched as a data service and shifted its business model to SaaS early this year.

“As a data service we weren’t real-time; it would take us a couple of days to get back and we needed an account manager to work closely with the client,” Raj said, speaking from his home office in New York.

Grata’s over 100 subscribers or clients include business development directors from the private equity and venture capital world.

Todd Benson, former Citi Bank exec and an investor in this deal, compared the platform’s offerings to the one provided by Bloomberg Terminal or ZoomInfo. “Many of them are very complementary; it’s not a zero-sum game,” Benson said.

“As an investor, PitchBook helps you understand what happened in the past – who invested in XYZ company – while Grata looks at what I’m going to do in the future,” the investor added. The company has seen 20 percent growth every month, according to Raj.

Benson, who introduced the management team to few other investors in this deal, has gotten to know Grata over the past three years and formally became an advisor to the team in December of last year.