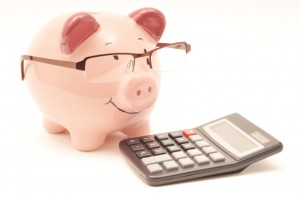 Madison Dearborn Partners is officially in the market with its seventh fund targeting $3.75 billion, two limited partners who have heard the pitch told peHUB.

With the GP commitment, the fund would hit $4 billion if it closes on target, the LPs said.

It is not clear exactly how long Fund VII has been in fundraising mode. John Canning, the firm’s chairman, told an audience at the Buyouts Midwest conference in Chicago in June that Madison Dearborn planned to start raising Fund VII in the second half of the year.

Kate Schneiderman, a spokesperson for Madison Dearborn, declined to comment.

The firm has to work to convince LPs it has turned its focus back to middle-market deals and away from some of the large transactions it completed before the financial crisis that ended up hurting the performance of its Fund V.

That fund, which closed on $6.5 billion in 2006, was generating a 1.4x multiple and a 7.04 percent internal rate of return as of March 31, 2014, according to performance information from the Washington State Investment Board.

Fund VI is a better performer. It was generating a 1.4x multiple and an 18.54 percent IRR, according to Washington State Investment Board data from March 31, 2014. “We’ve owned up for the mistakes made with Fund V,” Canning said.

Several investments in Fund V had to withstand the global financial downturn. The fact that the firm came through and survived says something about its quality, one of the LPs told peHUB.

“They took it on the chin but picked good assets that have rebounded. Investors don’t have to worry about losing money in the fund but once you get past that crisis mode, you look and say, ‘How does this compare to the rest of the market at the time,’ and once you do that, (this fund) doesn’t look that good,” the LP said.

Three deals in Fund V—technology retailer CDW Corp, Nuveen Investments and VWR International LLC, a distributor of laboratory equipment—made up almost 45 percent of the fund, Canning said during the conference. Fund V acquired CDW in 2007 for $7.3 billion, Nuveen the same year for $5.75 billion, and VWR for $3.8 billion, also the same year, peHUB reported.

Fund VI collected $4.1 billion, well below its initial $10 billion target, and closed in 2010 after around two years in the market. The LPs said Fund VII could go through a similarly long fundraising journey before reaching its target.