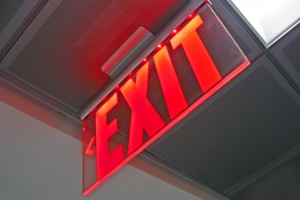 After more than six years, Madison Dearborn Partners may finally get to sell Yankee Candle.

Today, Jarden Corp. agreed to buy the scented candle maker for $1.75 billion. The transaction is expected to close in fourth quarter.

Madison Dearborn acquired Yankee Candle in February 2007 for $1.4 billion. The buyout shop invested about $433.1 million cash, according to an SEC filing. MDP, which owns nearly all of Yankee Candle, got much of its investment back in 2011 when the company paid out a $300 million dividend. In June, Yankee Candle pulled another planned dividend.

With the sale to Jarden, Madison Dearborn stands to make 2x its money on Yankee Candle, a source says.

The investment in Yankee Candle came from Madison Dearborn’s fifth fund, which collected $6.5 billion in 2006.

Madison Dearborn has been criticized for Fund V, which took part in several large transactions during the buyout boom. Fund V deals include the $7.3 billion buy of CDW Corp in 2007 (MDP owns about half of CDW), the $5.75 billion buy of Nuveen that same year and the $4.1 billion buy of Asurion (also in 2007). MDP’s fifth pool also invested in the $13.7 billion club buy of Univision Communications in 2006. Madison Dearborn still owns Univision, Nuveen and Asurion, according to the firm’s website. CDW went public in July but MDP didn’t offer any shares in the IPO. The lockup period also hasn’t expired so MDP has yet to sell shares.

Fund V is generating a meager 5.11% net IRR as of Dec. 31, according the Washington State Investment Board. The sixth pool, by comparison, is producing a 10.41% net IRR, WSIB data says.

Madison Dearborn’s fifth fund is a third quartile performer on IRR, according to Preqin data.

“Since [Madison Dearborn] bought Yankee Candle in 2006 the sale is not going to move the needle on IRR too much – especially if their carrying value was close to the sales price,” a placement source says.