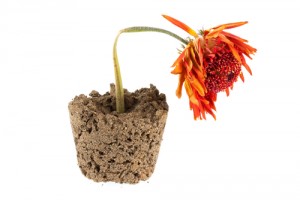 It’s unclear exactly when Schamis left Flowers. He originally joined the PE firm in May 2000 and was a member of the firm’s operating committee, according to SEC filings.

Schamis is the former chairman of the Crump Group and an ex-director of Symetra Financial, a LinkedIn profile said. Schamis was also an MF Global board member, regulatory filings said, and he reportedly came up with the idea of bringing in Jon Corzine, a former Goldman Sachs CEO, as head of the futures broker.

Officials for Flowers could not be reached for comment.

New York-based J.C. Flowers was founded by J. Christopher Flowers, the former Goldman Sachs executive who was once considered the most successful investment banker ever.

Flowers is known for his takeover of Long-Term Credit Bank of Japan (now called Shinsei Bank) in 2000, an acquisition that is considered to be one of the most profitable PE deals ever.

Of late, the once mighty Flowers has wilted. Flowers invested in MF Global, the futures broker that went bankrupt in late 2011. J.C. Flowers losses due to MF Global were expected, in 2011, to amount to about $48 million, peHUB reported. Late last year, MF Global sued J.C. Flowers over dividends it paid to the private equity firm before it went bankrupt, the Wall Street Journal reported.

The PE firm’s 25.6 percent holding in HSH Nordbank was also reportedly “heavily diluted” in 2009 when the shipping lender required a public sector bailout, the Financial Times said. Also, in 2008, Flower’s 24 percent stake in Germany’s Hypo Real Estate was nearly all wiped out, the FT said.

Flowers has scored some hits. In 2009, the PE firm sold Fox-Pitt Kelton to Macquarie and reportedly doubled their money. Flowers, in 2011, also made a 2.5x return on its investment in Encore Capital Group.

The former Goldman banker may have lost his glow, but Flowers is still “the most connected guy in FIG land and will always be out there doing deals,” one PE exec said.

The MF Global investment came from Flowers’ troubled second fund. The pool, which collected $7 billion in 2006, is generating a negative 15.9 percent IRR as of Sept. 30, according to the Oregon Public Employees Retirement Fund. Flowers third fund raised $2.3 billion in 2009. Performance data for Fund III was unavailable.

It’s unclear when, or if, J.C. Flowers will be fundraising. The performance of Fund II is so poor that it would be difficult for Flowers to come to market again unless the third pool is fantastic, one placement agent said.