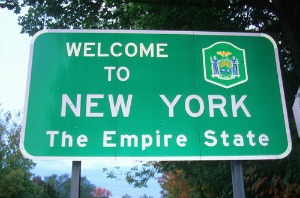 SINGAPORE/HONG KONG, June 13 (IFR) – Manchester United, the world’s best supported soccer club, has ditched its plans for an Asian stock market flotation and is preparing to list in the United States, according to sources with knowledge of the deal.

After first eyeing a Hong Kong IPO, the former English soccer champions had planned a $1 billion listing in Singapore in the second half of last year before putting plans on hold because of market turmoil.

United, which has been English league champions a record 19 times and features players such as England’s Wayne Rooney, declined to comment on the report.

The club’s American proprietors, the Glazer family, are well known in the United States as owners of American football team the Tampa Bay Buccaneers, as well as First Allied Corp, which owns and leases shopping centers.

However, they have faced opposition from United fans after taking over the club in 2005 in a leveraged buyout that left it saddled with hefty debt repayments.

As a result of its change of listing location, Manchester United is expected to make changes to its bookrunning syndicate for the deal. Credit Suisse, JP Morgan and Morgan Stanley were originally mandated as bookrunners for the Singapore listing, but sources said this line-up might change.
Jefferies has also joined the deal, the sources said.

The banks on the deal did not respond to requests for comment.

A recent survey by Forbes rated United as the world’s most highly valued sports team. Unlike many English clubs, United are profitable, though their earnings were dented last season by their failure to win a trophy for the first time since 2005.

A study commissioned by the club showed its global fan base had doubled to 659 million people between 2007 and 2012.

Underlining the club’s commercial appeal, it signed a sponsorship deal with General Motors, the world’s largest automaker, last month and has commercial partners in more than 70 countries.

United built a big fan base following its recovery from the Munich air disaster in 1958 when eight of its gifted young team perished. Within a decade, United had won the European Cup for the first time with a team featuring Bobby Charlton and George Best and managed by Matt Busby, badly injured in Munich.

The news will be another blow to equity capital markets in Asia, where deal volumes have fallen sharply this year, excluding Malaysia.

Bankers in Asia were skeptical about Manchester United’s IPO prospects in the United States given volatile markets.

“It is a brave move for Man U to try to list in the U.S. Good luck to them,” said an investment banker in Asia.

One of the sources said Manchester United had always planned to position itself as a global media business rather than a sports franchise, suggesting that a U.S. listing would make more sense.
U.S. investors are also familiar with the dual-class share structure that was under discussion for Manchester United’s Singapore listing, having seen it used by household names such as Google and Facebook.

The Glazers are understood to have wanted to sell Class B shares with limited or no voting rights to maintain a level of control of 95-100 percent.

That structure was said to be one reason why they opted for Singapore in the first place, as, unlike Hong Kong, the exchange was happy to agree to the format, and for the club’s Class A shares to be quoted but not traded.

However, the issuer is understood to have become frustrated with long delays in approval from Singapore, even after it had indicated it would have no problems with a dual-class share issue.

A U.S. listing is unlikely to achieve the original goal of putting shares in the hands of a wide base of United fans. A source said the original aim of the Singapore listing was to create “a pan-regional platform for retail investors”.

Singapore had seemed the ideal location, as it provided a way to reach retail investors in one of its biggest fan bases, Indonesia. When the Singapore listing was still under consideration, the importance of Asia to the company, with much of its growth coming from Asian merchandise sales, had been heavily emphasized during marketing to investors.

(The International Financing Review is a Thomson Reuters publication. www.ifre.com)

(By Daniel Stanton and Fiona Lau; additional reporting by Saeed Azhar in Singapore and Keith Weir in London; Editing by Will Waterman)