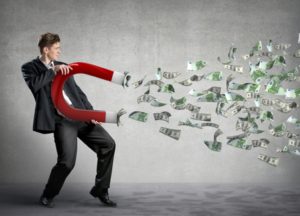 Are you seeing even a quarter of potential deals in your target market? Maybe not, according to the second annual edition of Sutton Place Strategies’s Deal Origination Benchmark Report released late last year.

That is among the key takeaways covered in this article, as well as some new perspective on active M&A intermediaries over the last year. As a refresher, the report examines the market coverage of a buyout firm, defined as the percentage of completed transactions with a sell-side adviser in its relevant size range and sectors that the firm reviewed. Sponsors can compare their market share with that of all private equity firms as well as with their peer group (sector focused, generalist, etc.).

With a client base of over 85 firms, the sample size contributing to the analysis has increased significantly over the prior year. Also, while the coverage metrics are still based on private equity transactions, given that Sutton Place Strategies is now tracking the broader M&A market in the United States and Canada, as well as the specific intermediary professionals that worked on those transactions, the breadth of our perspective on the intermediary community has greatly expanded. We will get to that, but first the results of the 2013 Deal Origination Benchmark Report.

The average market coverage was 23.0 percent in 2013 compared to 23.4 percent in 2012. The slight change year over year can be explained by two opposing forces in play. First, the increased focus on the part of private equity firms to improve their deal sourcing as well as limited partners spending more diligence around this key area led to an uptick. Talk to the partners at sponsors and they will tell you the percent of their budget spent on marketing is on the rise. The amount of increase was offset, however, by two factors. One is a massive proliferation of deals closing at year end 2012 due to tax law changes increased the number of relevant possible transactions to be considered in a private equity firm’s target market when compared to the prior year. Also, continuing fragmentation of the intermediary community making them harder to cover, which we will elaborate on shortly, had an impact.

The highest market coverage among each of the generalist, quasi-generalist, sector-focused, upper middle-market, and lower middle-market fund categories are worthy of note, and they are 39.4 percent, 39.1 percent, 49.7 percent, 54.1 percent, and 26.6 percent, respectively. Kudos to the firms that achieved these results.

To break it down further, 495 out of the 669 sell-side advisers, or 74%, closed three deals or less. If this seems like a daunting task from a market coverage perspective, well it should. Just ask the business development professionals that spend 30-40 weeks out of the year on the road, or pounding the phones and e-mailing. And with the business development role continuing to gain popularity, it’s only going to get more competitive. No wonder that the average market coverage for PE firms is 14.7% when the intermediary is a boutique adviser (defined as selling 2 or fewer companies in the year to a PE firm).

In conclusion, in the words of legendary NCAA basketball coach John Wooden, “do not mistake activity for achievement.” It doesn’t always take additional staffing and resources and seeing more deals to improve your deal sourcing. Having a good road map that encompasses the vast landscape of intermediaries in your target market and where your blinds spots currently are, along with some metrics on performance, can lead to opportunities to optimize your existing resources and efforts with better results.

(Correction: In 2013 there were 669 different intermediaries that closed at least one transaction, according to Sutton Place Strategies’ proprietary data. The number was incorrect on first reference in the original version of this piece.)