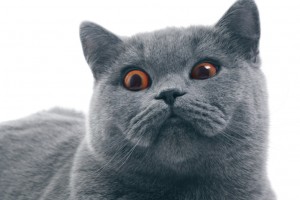 Crazy may be hitting the M&A market. Deals in March slowed down but transaction values jumped.

So far this month, there have been 362 U.S. announced transactions, totaling $39.2 billion, according to data from Thomson Reuters. This compares to 653 deals for all of March 2012 that were valued at $37.7 billion, Thomson Reuters says. Compared to last year, there were fewer deals as of March 22 but transaction value has increased. We also still have a week left of March to go.

A similar phenomenon is occurring on the private equity side. There have been 59 PE-backed deals so far in March, valued at $8 billion, Thomson Reuters says. This compares to last year when there were 166 transactions, totaling $7.4 billion.

Here’s the top 5 PE deals this month, according to Thomson Reuters (publisher of peHUB).

In fifth place is a real estate deal. Earlier this month, National Financial Realty and Oaktree Capital Management acquired a portfolio of 40 office properties from First States Investors B L.P. for $240.9 million, according to Commercial Property Executive.

The month’s fourth biggest deal comes from Sycamore Partner. The PE firm founded by former Golden Gate executives agreed to buy Hot Topic, a teen retailer, for about $600 million or $14 a share.

Hot Topic started out in 1988 selling music-inspired accessories but now offers clothing like Twilight T-shirts and skeleton leggings. The company also owns Torrid, which sells clothing, lingerie and accessories for “young, voluptuous women” size 12 and up.

The sale is expected to close in the second quarter of 2013 and generate after-tax proceeds of about $650 million, including cash tax benefits, Dominion said in a statement.

Walgreens last year acquired a 45% stake in Alliance Boots for $6.7 billion. The deal provided a partial exit for KKR, acquired Alliance Boots in 2007 for $2.45 billion.

March’s biggest deal so far is Gardner Denver. Earlier this month, the industrial machinery maker agreed to sell itself to KKR for $3.74 billion, Thomson Reuters said.