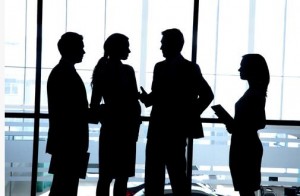 Toronto-based innovation hub MaRS Discovery District has appointed Salim Teja as managing director of its IT, communications and entertainment sector (ICE), one of four practice areas in which MaRS supports high-growth start-ups. Mr. Teja is an experienced entrepreneur and active early-stage technology investor with industry expertise in software and digital media.

TORONTO, May 7, 2013 /CNW/ – MaRS Discovery District is pleased to announce the appointment of Salim Teja as Managing Director of its ICE sector programs.

“Salim Teja is highly respected and the ideal leader to take MaRS’ growing ICE practice to the next level,” said Ilse Treurnicht, CEO, MaRS Discovery District. “With his unique, extensive experience as an entrepur and investor, and as an executive leading sales, business development and operations in high-growth tech businesses, Salim will help accelerate the impressive gains of our startup clients in Canada and around the world.”

Teja will provide strategic direction and leadership for the ICE practice, where over 60 seasoned volunteer advisors guide and mentor more than 370 early-stage ventures. In this role, Teja will also be responsible for the MaRS Commons, a 5,500-square-foot co-working space for entrepreneurs in the ICE sector, which will expand in the coming months. He will provide direction to MaRS’ JOLT accelerator for high-growth Canadian web and mobile companies, and oversee entrepreneurship initiatives with academic partners and MaRS Innovation in the ICE arena. He will lead corporate and venture capital engagement, as well as oversee MaRS’ expanding international collaborations in the ICE sector.

“I am very excited to join the MaRS team and contribute to the growth strategy for one of the world’s leading urban innovation hubs,” said Teja. “I am looking forward to working closely with talented entrepreneurs and the MaRS community to help drive innovation and build market-leading companies.”

ICE is one of four practice areas in which MaRS supports high-growth startups. Over the past three years, these startups have collectively raised over $500 million in capital, earned nearly $300 million in revenue and created over 2,600 new knowledge economy jobs.

Salim Teja is an experienced entrepreneur and active early-stage technology investor, with deep industry expertise in software and digital media. He joins MaRS from Indigo Books & Music, where, as Vice President of Corporate Development, he drove the formation of the company’s Digital Innovation Lab. Prior to Indigo, Teja held the position of Chief Operating Officer at CX Digital, a leading online ad network.

He has also held roles as COO of b5media and Partner with early-stage VC firm Brightspark Ventures, where he was the driving force behind investments, including Radian6 (recently acquired by Salesforce.com). Teja was also Co-Founder and Vice President of Sales and Business Development for San Francisco-based MobShop Inc., a pioneer in online group-buying funded by GE Capital, Visa International, Mayfield Fund and Marc Andreessen. He is a graduate of the University of Western Ontario’s Richard Ivey School of Business.

MaRS Discovery District (@MaRSDD) is a mission-driven innovation centre located in Toronto. MaRS works with partners to catalyze, accelerate and amplify innovation. MaRS supports entrepreneurs building Canada’s next generation of growth companies. In 2013, MaRS will open its Phase 2 building, which will more than double the size of its current facilities to over 1.5 million square feet.