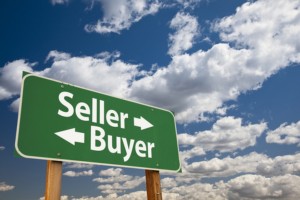 The Massachusetts Mutual Life Insurance Co. is close to wrapping up a deal to sell an estimated $250 million portfolio weighted toward mid- market buyout funds, according to two people with knowledge of the situation.

A single buyer, not yet disclosed publicly, will acquire the portfolio, according to the people. UBS has worked as the secondary advisor on the transaction.

It is not clear why MassMutual is selling the stakes or how big a part of its overall private equity portfolio the collection represents. A spokesperson for MassMutual declined to comment.

Some buyout funds MassMutual has backed over the years include Glencoe Capital Partners III, Sentinel Capital Partners Fund II, Sorenson Capital Partners I and Wind Point Partners V, according to the 2009 Dow Jones Directory of Alternative Investment Programs. It is not clear if these funds are part of the batch being sold.

MassMutual’s general investment account had total assets of $109 billion as of December 31, 2012, according to an education guide available on the insurance company’s website. Of that, the company was allocating about 1 percent of assets to equity at the time.

“Private equity makes up most of the equity portfolio and has provided significant benefits for many years, both directly through ownership and indirectly through attractive lending opportunities that arise from these relationships,” MassMutual said in the education guide. Babson Capital Management, an affiliate that manages $192 billion, provides middle-market loans, including mezzanine loans, to companies located in the United States, Europe and Asia.

MassMutual has been one of several big insurance companies, including Guardian Life Insurance Company of America and New York Life Insurance Company, that have built private equity portfolios as a way to diversify their investments, juice overall portfolio returns and in some cases generate deal flow for co-investment and lending teams.

The secondary market for limited partnership interests is expected to be busy this year, thanks in part to healthy pricing that’s encouraging sellers to shop stakes. Secondary deal volume, barring a significant market correction, is expected to grow from last year’s total, estimates of which range from $27 billion (according to Cogent Partners) to $36 billion (according to Setter Capital).

Another big portfolio on the market this year, valued at about $1 billion, has been shopped by Evercore on behalf of client GE Capital. Ardian, which today announced the close of its sixth secondary and primary fund at $10 billion, is reportedly buying the portfolio.

David Toll contributed to this story.