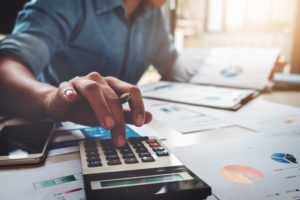 One of the emerging managers we’ve been tracking is in a deal today. May River Capital, formed by executives from Wynnchurch Capital, Valor Equity and law firm Baker McKenzie, acquired independent testing lab NSL Analytical Services. NSL Analytical first opened its doors in 1945. Check out our news brief here.

As part of the transaction, Ron Wesel will become chief executive, and NSL chief Larry Somrack will become president emeritus. Wesel worked as senior vice president of sales and marketing at Transcendia since 2014, according to his LinkedIn profile. He worked as president of LMI Packaging Solutions from 2011 to 2013, his profile said.

May River closed its second fund on $300 million in December after only three months on the market. The firm closed its debut fund on $170 million in 2017. It targets lower middle market industrial businesses with the potential for future growth. The firm looks for founder-owned businesses where it will be the first institutional capital, according to May River’s Form ADV.

Big one: Insight Partners finished off its huge fund restructuring that totaled over $1.5 billion. The deal closed in the fall, sources told me.

HarbourVest Partners and Coller Capital led the deal, with HarbourVest as the largest investor. The Insight deal included more than 30 assets across seven funds, including Funds IV and V, which the firm was winding down. Read my story here.

What’s amazing about this deal is the sheer number of assets transferred to a continuation vehicle, that gives the GP more time to manage them out. LPs, as is usual in these types of deals, had the option of cashing out of their stakes in the funds, or rolling their interests into the continuation vehicle.

I’m used to writing about fund restructurings that involve say three to seven assets at the most. More than 30 investments seems like an amazingly complicated process. Though venture is different than buyout of course, in that we’re talking about investments in companies rather than full acquisitions.

That’s it! Have a great day. Hit me up with tips n’ gossip, trends, feedback or whatever at cwitkowsky@buyoutsinsider.com, on Twitter or find me on LinkedIn.