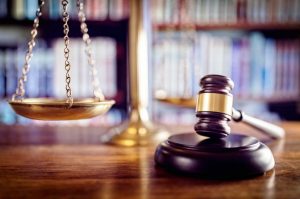 A new filing from Bill McGlashan, the founder and former head of TPG’s growth and impact investing businesses, argues he never paid for a scheme to get his son admitted to University of Southern California by fraudulent means.

McGlashan was one of 50 people around the country earlier this year accused in a broad FBI investigation of gaming the system to get their children into top universities. McGlashan, who pleaded not guilty, was wiretapped talking about the alleged scheme, according to the criminal complaint.

“McGlashan did not pay Singer a single cent in connection with the side door, which makes him unique among all defendants charged by the government with the side door scheme,” the court document, filed Wednesday, said.

The government argued the only reason McGlashan did not move forward with the scheme was because he found out at the end of October 2018 the alleged ringleader, William “Rick” Singer, was under investigation. But McGlashan said in the new filing that, on Sept. 27, 2018, Singer told government agents that McGlashan would not be using the scheme, but “going through his own connections.”

“This admission flatly contradicted the government’s prior public statement suggesting that McGlashan only decided against the side door because he learned of the government investigation in October 2018,” the filing said.

McGlashan in the filing asks a federal judge to force the U.S. attorney’s office in Boston to turn over “the full report” on Singer advising the government that McGlashan would not be using the side door scheme. The reports likely contain evidence that McGlashen decided on his own to back away from the scheme on his own and not after learning he was under investigation.

Singer’s alleged goal was to secure college admissions to his client’s children not on their merits, but through fraud, according to the Dec. 18 filing. This included “having the children purport to have learning disabilities in order to obtain the required medical documentation” and making payments to USC coaches and administrators to secure admission to the school through a “side door.”

More on this today.

Boilerplate sign-off for Chris Witkowsky below. That’s it! Have a great rest of your day. Hit me up as always with tips n’ gossip, feedback or just to chat at cwitkowsky@buyoutsinsider.com, on Twitter or find me on LinkedIn.