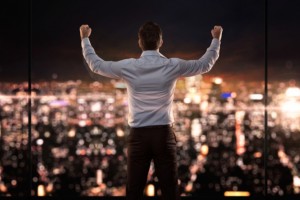 Brian McMullen, a former principal at H.I.G. Capital on the middle market investment team, left the firm recently, according to a person with knowledge of the situation.

McMullen is no longer listed on H.I.G.’s website. It’s not clear why McMullen left or if he left to take another job.

Brian Schwartz, executive managing director and co-head of H.I.G.’s middle market fund, did not return a call for comment. An email sent to McMullen’s H.I.G. address was not answered.

McMullen joined H.I.G. in 2002, prior to which he worked in the investment banking division of Credit Suisse First Boston, according to an archived version of H.I.G.’s website.

In 2013, H.I.G. moved McMullen and Managing Director Fraser Preston from Miami to the firm’s San Francisco office to create a West Coast presence for the middle-market group, according to a press release at the time.

McMullen was responsible for all aspects of the investment process at H.I.G., including deal sourcing, structuring, financing and execution, according to his biography on the archived website.

News of McMullen’s departure comes after peHUB reported the impending departure of Tim Armstrong, a managing director in H.I.G.’s middle-market business. Armstrong was set to leave the firm by the first quarter, Schwartz told peHUB in December. Armstrong had been with H.I.G. for six years.

Armstrong’s departure represented a “re-alignment,” Schwartz said. “The types of deals he was doing and the focus on his investments is different from what we’re doing in Fund II.”

H.I.G. Middle Market LBO Fund II closed on $1.75 billion last year in one of the quicker fundraisings of 2014. Fund II began investing at the end of the third quarter, Schwartz said.