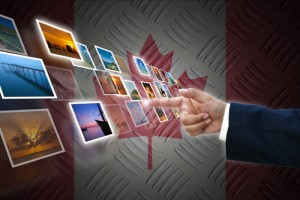 Last month, I attended another amazingly successful GROW Conference in Vancouver, an event I have previously called “the best conference on the planet for entrepreneurs.” Over 1,200 people attended this year – which represents 50% growth from 2012. In a word: awesome.

While at GROW, I was sharing stories about all of the Canadians working in Silicon Valley who have helped, and who continue to help, pave the way for next generations of founders and startups.

I’ve often said in the past that there’s a Canadian on the exec team of every important tech giant, and if you don’t know who it is, you have to look deeper. These Canadians are CEOs, CFOs and CTOs. They are sitting in board meetings, driving innovative products that are having a global impact – and increasingly, helping fellow Canadian entrepreneurs.

The C100, the nonprofit volunteer organization founded in 2009, has aimed to create awareness about this seasoned Canadian tech talent – and to connect it with startups in Canada. Drawing on the experience, skills and market clout of Silicon Valley expats, the C100 offers Canadian founders advice, mentoring, access to networks, and opportunities to form strategic partnerships. The goal of the C100 is to help foster the creation of the next billion-dollar businesses in Canada.

Let me share a few examples of what I’m talking about:

Another Canadian expat I’d like to introduce readers to is Don Listwin. Don is a 30-year entrepreneurial veteran who he spent over a decade at Cisco Systems, where he rose to become the No 2. exec. He also served as president and CEO of Openwave, a software provider to the telecom industry, and was CEO of Sana Security, a behavioural security software company.

Don’s roots are in Saskatoon, and he got his bachelor degree in electrical engineering at the University of Saskatchewan. He serves on the boards of directors of multiple tech companies, and like the others mentioned here, he’s a charter member of the C100.

Don’s directorships include a pair of B.C.-based tech companies: GenoLogics and Teradici. Don is involved in these companies not because they are Canadian, but because he believes they are world-class companies that happen to be Canadian. I have the pleasure of having him as a board member of one of my investments, PLUMgrid, a virtual network infrastructure developer – this is another great example of Canadians working together in Silicon Valley.

Don is also the founder of Canary Foundation, the only nonprofit in the United States devoted to the early detection of cancer. Canary has assembled teams of top cancer researchers to attack the problem of early detection, and translate research into clinical applications. The hope is that delivery of the first effective test for early detection will spur a dramatic increase in venture capital funding. The result will be research products that arrive faster and save millions of lives per year.

I am happy to say that a number of C100 members will be supporting Don and the Canary Foundation at its cycling challenge on Sept. 28. Join us if you can!

Some other important C100 news I’d to share with readers:

Photo of Canadian flag and apps courtesy of Shutterstock.