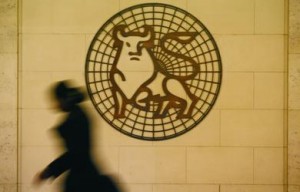 Merrill Lynch has sold part of its LP commitment in the third fund of venture debt specialist Kreos Capital in a €150m deal to five investors.

According to a Kreos statement, the syndication formed a crucial part of Merrill’s and the firm’s strategy to diversify the investor base of Kreos III when it was launched in 2007. Merrill Lynch remains as the second largest single investor in the fund.

Raoul Stein, general partner at Kreos, said: “This investment further solidifies Kreos’ position as one of the premier venture debt providers outside the US. We have now assembled the strongest possible group of top-tier investors, to ensure a dynamic future for Kreos. This is a direct endorsement of both Kreos’ team and venture debt as a key component in the venture ecosystem in the UK and the rest of Europe, even during the current difficult market environment. We are delighted to have the continued support of Merrill Lynch, and that our new investors have shown this confidence in Kreos Capital, its VC partners and team. With our new long term value-added capital base, we look forward to working with our new investors to build on our first 11 years of success.”

The firm has already invested €330m in more than 80 companies across Europe, and plans to invest more than €270m over the next two years.

Kreos was founded in 1998 as Europe’s first venture debt provider. Known as European Venture Partners (EVP), it rebranded as Kreos following the launch of its third fund. The firm is still investing from its second fund as well as Kreos III, and across all three funds has invested over US$1bn in early and late stage, venture-backed companies.

The secondary divestment and syndication process was managed by Azla Advisors.