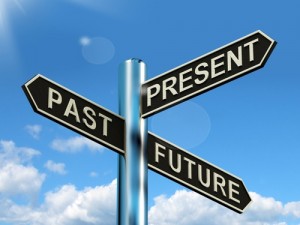 I was surprised to find that it has been more than two years since my post summarizing the state of the seed stage market, and trying to bring a balanced view on the rise of Super Angels and Micro-VC’s. See that original post here.

The venture capital market continues to be in transition, and a lot of changes have occurred in the early stages of the market. In some ways, many of the forces that drove the rise of MicroVC’s are as strong as ever. But there are also a whole host of new questions that have arisen. Here’s my take on the state of things as they stand at the end of 2012.

THE DEDICATED SEED STRATEGY CONTINUES TO HAVE STRONG BENEFITS
I call “dedicated seed funds” ones that at their core, make seed investments. These are not funds that “do seeds but pile in on the winners”. Those are what I’d call more traditional “life-cycle funds”. Overall, I’d say that if your model is to “lead” the series A of your best seeds, that is not really a dedicated seed strategy. To do that means that you have a large enough fund to write a $3-$5M series A check, which is great, but creates a lot of misalignments that true dedicated seed funds have.

Given this definition, we continue to see dedicated seed funds providing strong benefits for founders, including:
– Minimal signaling risk at the next round of financing. Chris Dixon has written most articulately about this, but many others have as well. What’s interesting is that the threat of signaling seems to die down and then flare back up when a bunch of young companies that have been “seeded” by large funds (sometimes many large funds in the same round) hit a brick wall when none of those funds aggressively lead the series A. This risk is alive and well and makes dedicated seed funds a compelling option for founders.

– Flexibility of exit options. This continues to be true, but as seed funds have increased in size and become more institutional, these managers are realizing that it’s hard to make a living hitting singles and doubles and moving their funds. For the most part, I think seed funds are still fairly founder-aligned when it comes to early exit options. But at this point, I think most investors realize that they need their best companies to pursue big outcomes to drive real returns. Math however continues to favor seed funds, many of which can return significant portions of their fund with $100-$200M exits. A $40M seed fund with 7% ownership can return 25% of their fund in a $200M exit, whereas a similar outcome for a $500M fund with 20% ownership only returns 8% of their fund.

– Willingness to lead. Seed rounds in good markets tend to have lots of investors who are eager to participate, but there often needs to be a catalyst to set terms and make the round really happen. Many of the leading seed funds and early adopters of the strategy are perfectly happy to lead and have been doing so for years. In addition to our fund NextView, we often (or usually) see funds like First Round, Founder Collective, Softech, Floodgate, and others fighting for lead positions. But many funds that used to only occasionally lead are starting to do so more and more often, which is overall a good trend, I think.

– Partner Time. This is one factor that I think may have gotten less favorable in recent years. One of the pitches of seed investors is that they have a) the relevant experience needed to really help companies and b) are incentivized to spend more time helping founders than the very large funds. In many cases, this is still true. But I’m noticing this value being diluted somewhat for a few reasons. Frist, many of the funds were extremely prolific in their early years, and didn’t have a well established model for managing their time and capacity. Only a few funds have really found ways to create meaningful leverage for themselves as they scale and build large portfolios over time. First Round is a great example of one fund that has started to do this. The second issue is that many seed funds have expanded their teams to address capacity constraints. In some funds that have a strong “alpha” investor, there is a dilution of the value proposition to founders if a) the new team members aren’t as strong and/or b) the new team members do not have the full authority to “speak for the fund”. Some funds have done a wonderful job adding human capital to their teams, but some have not done as good of a job. Time will tell how this evolves, but adding team members always adds new risk that both small and large funds face.

EVOLVING AND CONVERGING STRATEGIES
As this segment has evolved, another trend has been an evolution, institutionalization, and overall convergence of strategies. This is not surprise. In general, I’d say we’ve seen:
– Seed funds becoming more focused on ownership and minimum investment sizes. Because time is often the most precious resource for seed funds, it is increasingly important to make every investment more “impactful” in the case of success. This means greater focus on ownership, pre-money valuations, and dollars in. We see more and more funds “walk away” if they can’t get the numbers they hope to get. Having a really teeny piece of a hot company is good for brand and the website, but unless the company is an absolute monster, it’s hard for those investments to really move the needle.

– As a result, we’ve seen seed funds reserve more capital for follow-on rounds. It’s a similar argument. You need to own more of your winners, and you want to put more capital into those winners. So you need to reserve more. I’d bet you’d see that for every seed fund that is in their Fund II or III, their % capital in follow-ons / initial rounds has gone up, maybe by a factor of 2 or 3.

– As a result, we’ve seen seed funds raise larger funds to make this happen. In some cases, seed funds have decided to reduce the number of investments they make per fund to concentrate capital better into winners. But for the most part, I don’t think the reduction in portfolio sizes overall balances the increase in reserve capital. Put another way, you don’t see funds simultaneously tripling reserve capital while also cutting the number of core investments they make by a factor of 3. As a result, fund sizes must increase.

– {small tangent} I should say that a small handful of funds continue to take a high volume, small check size strategy. Groups like Lerer, 500 Startups, and SV Angel continue to build very large portfolios. The strategy behind that is that there is a much higher probability of catching a super-outlier if you cast a wide net. Ironically, although some folks have pu-pued this strategy early on, as more seed funds are concentrating capital, I think this strategy has increasing merit.

– If you’ve been following this logic, you will see that it’s circular. As ownership matters more and fund sizes get bigger, this will only create more pressure for seed funds to write bigger checks and own more, which will create more pressure to raise larger funds. Oh and by the way, once you have a big fund, you start to say “maybe we should go ahead and just lead this series A of the really terrific company we just seeded. And maybe we’ll start passing on seed rounds and think “if this really takes off, we’ll just lead the A anyway”. This is on top of the existing motivation to raise large funds to increase fees. This leads ultimately to…

A NEW NORMAL?
These changes beg the question of what the future holds? There are a couple ways to think about this
– Same old story? One could look at the past several years and say that this is just the continuation of the same old story. Successful funds get too big, which leads to the formation of new funds that have success, which leads to the small funds get bigger… rinse and repeat. By this logic, the seed funds of today are essentially the mid-size life-cycle VC’s of tomorrow and the most successful will be the monster megafunds of the day after tomorrow. This is already starting to happen in some cases. But there are also admirable cases of funds that are sticking to their knitting even though they could probably raise 3-4X the capital they have in their current fund.

– A New Normal? One could also argue that rather than a repeat of the same movie, what we have is a new normal in a new environment. This view purports that dedicated seed funds are a fundamentally new category that will continue to exist and thrive in capital efficient sectors, along with life-cycle funds and mega-funds. Signaling risk won’t go away, and the perils of fund math won’t go away either. Perhaps many of the elite funds will maintain a dedicated seed strategy and realize that their deal flow and competitiveness will significantly be degraded if they increase fund size.

– The Institutional Seed is the New Series A? Perhaps a blended view of the two perspectives is that because of capital efficiency, the $500K-$2M seed is essentially the “new” $5M series A that used to be the bread and butter of the venture industry. So, essentially, we’ll see that the $100-$300M “early stage funds” and the $30-$75M “seed fund” will converge and become the same category.

A FEW PREDICTIONS
Although I am not an unbiased observer, let me offer a few predictions for what we will likely see over the next couple years:
– At least two high-profile “seed fund” will become lifecycle funds. These funds will start to invest greater than $35M / partner, have a greater than 3:1 follow-on to initial investment ratio, and will noticeably start doing fewer and fewer seeds (or will noticeably start following on to fewer and fewer companies).

– We will hear a lot less about the “series A crunch” and also about “investor signaling” in two years. I predict that most large, lifecycle funds will scale back their seed stage promiscuity because they’ve realized that it’s just not a great product for founders. Instead, we’ll see most large funds doing a small handful of seeds only when there is very high conviction. This, coupled with greater discipline among dedicated seed funds means that the difficulty of raising seed capital from good institutional investors will increase. And if the top of the funnel shrinks, the crunch in the middle will be less pronounced.

Rob Go is a partner and co-founder with NextView Ventures. Opinions expressed here are entirely his own.